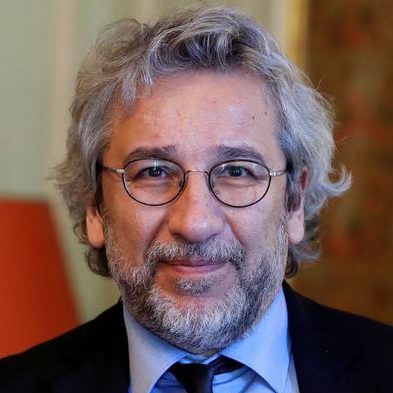 Camden Conference in the World-October

Upcoming 2020 conference speaker Can Dundar, exiled former editor of renowned Turkish opposition newspaper Cumhuriyet and now a news commentator in Germany, took a place of prominence among dozens of Turkish and Kurdish intellectuals who issued a declaration last month supporting peace and democracy in Turkey.  This summer, Can and his wife Dilek gave an interview to German news magazine Der Spiegel about their reunion after three years of separation when Turkish invalidation of Dilek’s passport left her stranded in Turkey, while Can was in exile due to his conviction on a charge of publishing state secrets related to Turkey’s  arming of Syrian extremists. Also, five other Cumhuriyet journalists were released from Turkish prisons after winning a legal appeal of charges similar to those made against Can, bolstering the hope Can and Dilek express of one day returning to Turkey.

Two other prospective speakers published reports over the last month on topics related to our 2020 theme The Media Revolution: Changing the World. Nic Newman, previously world editor and digital media innovator for the BBC and now visiting fellow at the Reuters Institute for the Study of Journalism, described how millennials want “frictionless access” to news that is both relevant to them personally and important in the wider word, in announcing a new RISJ report on How Young People Consume News and The Implications for Mainstream Media. The need for scientists to more clearly signal the reliability of their methods and practices amid all the talk of “fake news” is the topic of a study by University of Pennsylvania journalism professor and Annenberg Public Policy Center director Kathleen Hall Jamieson and her colleagues.

Speakers from earlier conferences have been in the news lately, too. With echoes of the 2018 conference on New World Disorder at which he last spoke in Camden, Ambassador Chas Freeman talked to executives from the world’s largest oil company, SaudI Aramco, about “Deglobalization and Its Discontents.”  This came barely a month after Freeman, a former ambassador to both Saudi Arabia and China, gave a “master class in diplomacy” at the Foreign Service Institute in Virginia, during which he recounted in fascinating detail negotiations in the 1980s with Beijing on US policy towards Taiwan on arms sales and other issues.

Seyed Hossein Mousavian outlined a path to US-Iran negotiations that would lead first through Tehran abandoning both the nuclear deal negotiated during the Obama presidency — and subsequently disavowed by President Donald Trump — and the nuclear Non-Proliferation Treaty. Mousavian spoke at the 2013 Camden Conference.

Thea Mei Lee, also a 2018 speaker and president of the pro-union Economic Policy Institute, was appointed by Senate Democratic Leader Chuck Schumer to the US-China Economic and Security Review Commission, a body created by Congress to “monitor, investigate and submit to Congress an annual report” on the currently hot topic of the national security aspects of US trade and economic relations with China.