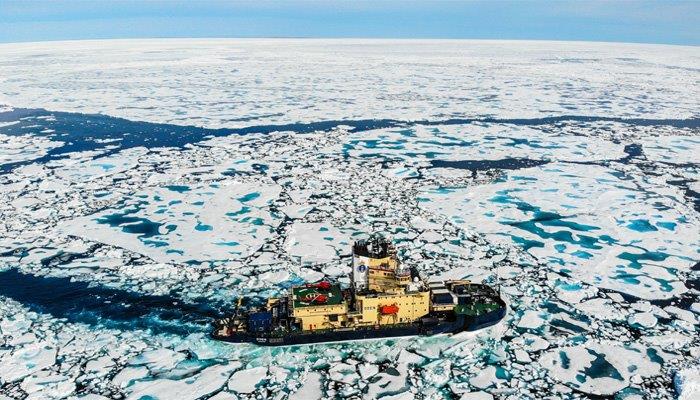 ‘FROZEN OBSESSION’ documents the 18-day, 2,000-mile Northwest Passage Project expedition through the Canadian Arctic aboard the Swedish research icebreaker Oden. The film highlights the research done by scientists and students as they work to understand the consequences of changing climate in the Arctic. As ‘FROZEN OBSESSION’ bears witness to a dramatically changing Arctic and the urgent efforts of science to understand the consequences, we gain a sobering assessment of what’s at stake.  But in a hopeful turn, the film also witnesses the exhilarating life-changing experiences of the students on this expedition, who represent the next generation of scientists and decision makers who will surely make a difference in the world.

The film, shown on March 15 via the Belfast Free Library and Camden Conference, was followed by a Q and A with David Clark, the film producer, Brice Loose, the chief scientist on the expedition and science writer Ed Struzik, the author the book “Future Arctic,” who was on the expedition.

The panel discussion can be seen HERE: