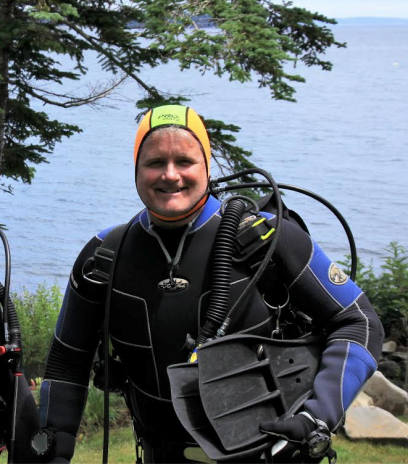 WATCH: Maine Whaling: To the Arctic and Beyond-talk by Charles Lagerbom on Zoom

The history of American whaling is most frequently associated with Nantucket, New Bedford and Mystic. However, the state of Maine also played an integral part in the development and success of this important industry. The sons of Maine became whaling captains, whaling crews, inventors, investors and businessmen. Towns along the coast created community-wide whaling and sealing ventures, outfitted their own ships and crewed them with their own people. The state also supplied the growing industry with Maine-built ships, whale boats, oars and other maritime supplies. Bath built quite a few steam-bark whalers at the end of the 19th century that saw a lot of whaling in the Arctic Ocean beyond Point Barrow. For more than two hundred years, the state forged a strong and lasting connection with the American whaling industry. Author and historian Charles Lagerbom reveals Maine-built whaling and sealing vessels with Arctic connections and why Maine should rightly take its place alongside its more well-known New England whaling neighbors.

Bio: Charles H. Lagerbom received his BA in History from Kansas State University and MA in History and Archaeology from University of Maine with work on an American Revolutionary War Truckhouse excavated on Penobscot River. An avid scuba diver, Charles organized underwater surveys of ship remains in Maine lakes as well as the 1779 Penobscot Expedition. He worked in Antarctica with glacial geology research teams from University of Maine Quaternary Institute, now Climate Change Institute. Charles has frequently written, lectured and made presentations on cruise ships, sailing vessels and ashore about history, life, politics and science of Antarctica, Cape Horn and South Atlantic as well as New England maritime history and archaeology. He is author of The Fifth Man: The Life of H.R. Bowers (Caedmon Publishing) and Whaling in Maine (Arcadia Publishing). Charles is a Life member of American Polar Society and past President of the Antarctican Society, where he serves as current archivist. He teaches AP US History at Belfast Area High School and makes his home in Northport. Charles can be reached at [email protected].