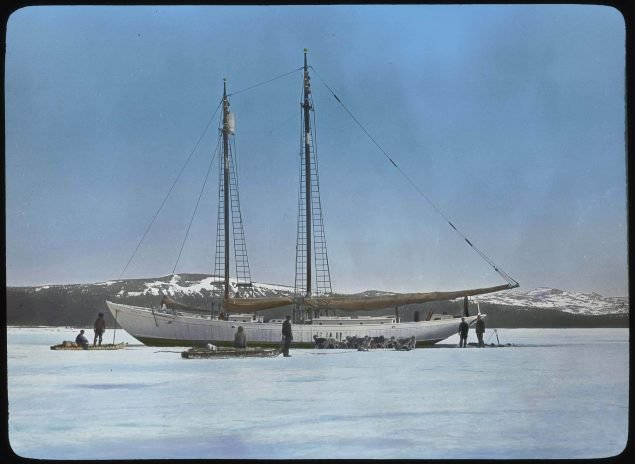 WATCH: “Enduring Connections: Maine, the Arctic, and the Edge of the North Atlantic”-talk by Susan A. Kaplan via Zoom

The northern North Atlantic is one of the most challenging environments in which to make a living. Yet people have thrived here for thousands of years. At least 4000 years ago Indigenous groups living on the edge of the North Atlantic moved resources between what is now New England and northern Labrador, Canada and beyond. Historically, explorers like Robert E. Peary and Donald B. MacMillan established relationships with Arctic communities, and the legacies of those connections continue to this day. This illustrated lecture will explore some of the environmental and cultural links between Maine and various regions of the Arctic.

Susan A. Kaplan is Professor of Anthropology and Director of the Peary-MacMillan Arctic Museum and Arctic Studies Center at Bowdoin College. An Arctic anthropologist and archaeologist, she studies prehistoric and historic Inuit cultures, the history of Arctic exploration, and material culture. She’s particularly interested in Inuit responses to environmental change and contact with Western cultures. She has conducted fieldwork in northern Labrador (Nunatsiavut), Canada, for over 35 years, and archaeological, archival, and museological projects have taken her to Alaska, northeastern Ellesmere Island, and Newfoundland as well.