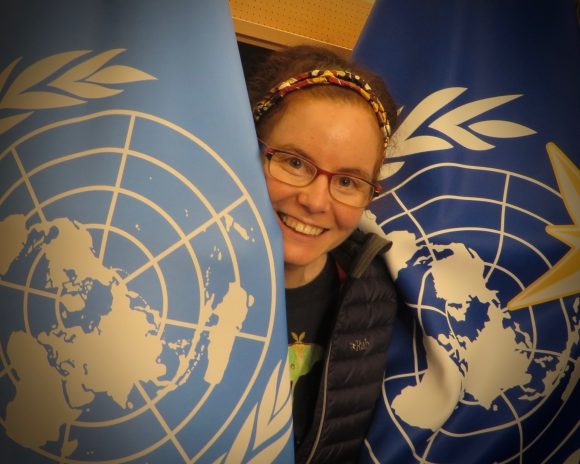 Susana Hancock, PhD, decided she would be an astrophysicist at age 4. Ten years later, then an astrophysics student at USM, she began to wonder how her extraterrestrial passions could improve the environment on earth.

Since graduating with three degrees from the University of Oxford in 2019, she now is a multidisciplinary researcher engaged in Arctic climate geopolitics and has lived throughout the European Arctic. She has been an invited speaker at international TED events, UN conferences and other global fora. She routinely contributes policy papers, articles and book chapters on a variety of subjects related to Arctic climate.

Susana has served as an expert reviewer for the Intergovernmental Panel on Climate Change, co-chaired a team with the UN’s Decade of Ocean Science, is on the international Executive Committee of the Association for Polar Early Career Scientists and now heads up a new international team addressing the socio-geopolitical impacts of the climate crisis in the polar regions.

Currently based in Maine, she is on the Executive Committee for Democracy Maine (League of Women Voters and Maine Citizens for Clean Elections), the Steering Committee for Citizens’ Climate Lobby, Maine Youth for Climate Justice, the RSU5 Board, Freeport Sustainability Advisory Board and on several Camden Conference committees.