Preparing Students for the Camden Conference

The University of Maine offers a 3-credit course to both undergraduates and graduate students based upon the annual topic of the Camden Conference. 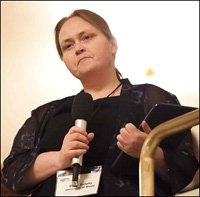 Most of them are not familiar with the format and level of experience at such a gathering, so we have created an unusual structure to prepare them. The course is team-taught by several professors from different departments or disciplines.

Several weeks before the 2013 conference began, Prof. Tim Cole discussed America’s domestic political system and its impact on U.S. relations with the Middle East. He considered America’s basic values, orientations, and past practices as the basis for meeting new challenges. He asked the class what was new about Pres. Obama’s foreign policy, and what was not?

Prof. Seth Singleton then prepared the class for the lectures at the Camden Conference by reflecting upon some of the major challenges, choices, and dilemmas in the Middle East. He explored the possibility that American policy toward the region is “running on empty” and needs drastic changes.

Prof. Paul Holman met with the class on the day the conference began. He summarized the results of the so-called “Arab Spring” that began in 2011, giving them an overview of the successes, failures, and continuing challenges to the region. 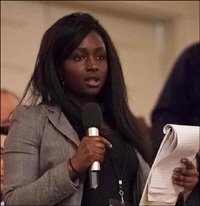 There are no tests, quizzes, or examinations for this course. Rather, students write a series of essays. The most important is a detailed “conference report,” summarizing what each speaker had to say; the major controversies; questions from the audience; and issues that were not fully resolved. Others are research papers permitting students to select topics of greatest interest to them. In addition, graduate students are required to make short oral presentations of their most important findings.

After the Camden Conference is over, the class will meet again to evaluate the individual lectures and consider the overall importance of Middle Eastern politics for the American people. 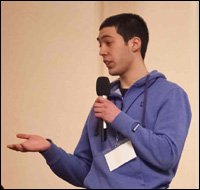 Finally, Prof. Alex Grab will provide a detailed case study of Israel and its neighbors. He will explore the situation in Gaza and the West Bank; reflect upon Israel’s domestic politics; and consider the challenges arising from Iran’s nuclear program.

We have found that the Camden Conference Course is of interest to senior citizens, as well as to the normal undergraduates and graduate students. Some take it more than once because the course material changes from year to year. Indeed, it challenges the professors at least as much as the students!