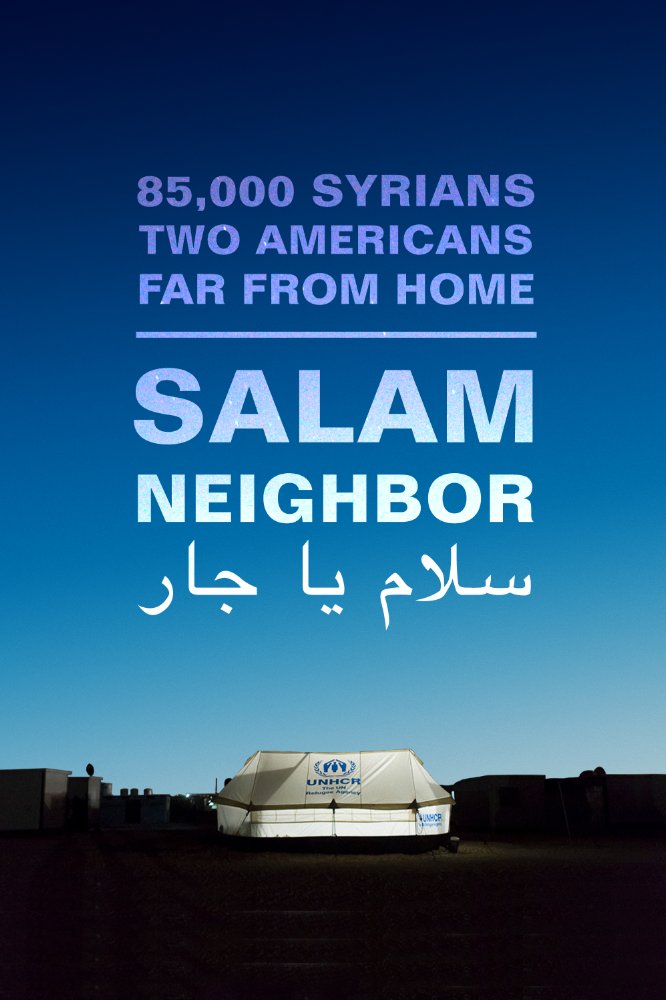 The Camden Conference and Rockport Public Library are pleased to present a Film Series: Refugees and Global Migration, in connection with the 30th Camden Conference of the same theme.  The series will take place over three Saturdays, November 5, 12, and 19, at the Rockport Opera House.  The films begin at 2 pm and are free and open to all.

The first film in the series will be screened on Saturday, November 5. SALAM NEIGHBOR, which translates to “Hello Neighbor”, is a documentary released in 2016. The title has a dual meaning as the Arabic word “salam” also means “peace.”

The film documents the experiences of American filmmakers Zach Ingrasci and Chris Temple when they lived among 85,000 Syrians in Jordan’s Za’atari refugee camp, which lies seven miles from the Syrian border. The filmmakers, who were the first allowed by the UN to register and set-up a tent inside a refugee camp, spent a month in Za’atari to cover what the UN Refugee Agency calls the world’s most pressing humanitarian crisis.

The second film in the series, DREAMING OF DENMARK, also released this year, will be shown on Saturday, November 12. Director Michael Graversen follows the fate of one young boy on the shady side of European society. Wasiullah lives like any other young man. He hangs out with his friends, cracks jokes, takes selfies, and flirts with girls. Denmark has become his home after spending three years in a children’s asylum center, arriving alone as a young boy from Afghanistan. But as Wasi turns eighteen and his application for asylum is rejected, he is forced to leave the country. Fearing for his life in Afghanistan, Wasi flees to Italy, hoping to here obtain a residence permit that will allow him to return to Denmark. The director Michael Graversen has followed the young Wasi for many years. The close relationship between them has given Graversen a unique access to Wasi’s life underground in Europe. For Wasi, the dream of one day returning to his friends and a safe future in Denmark has become the driving force for his survival. Wasi struggles to maintain life as a normal young man, but it is not easy when life is spent on the streets, waiting for a future that never gets started. Without a home and an identity, are you anyone at all? DREAMING OF DENMARK is a tough insight into what often happens with the unaccompanied refugee children who disappear from the Danish asylum centers.

The third film, screened on Saturday, November 19, will be EL NORTE, a film from 1983 by Gregory Nava. When a group of Mayan Indians decides to organize a labor union to improve conditions in their village, their community is violently destroyed by the Guatemalan army. Teenage siblings, Rosa (Zaide Silvia Gutiérrez) and Enrique (David Villalpando) manage to escape the massacre and decide to start a new life in El Norte — the USA. The two trek through Mexico, meeting a variety of characters and facing trials and tribulations on their journey toward lives as illegal immigrants in Los Angeles.

This presentation is hosted by the Rockport Public Library and offered as a free community event in in anticipation of the 30th Annual Camden Conference -Refugees and Global Migration: Humanity’s Crisis, February 17-19, 2017. The 30th Anniversary Camden Conference Community Events Series is supported in part by the Maine Humanities Council.