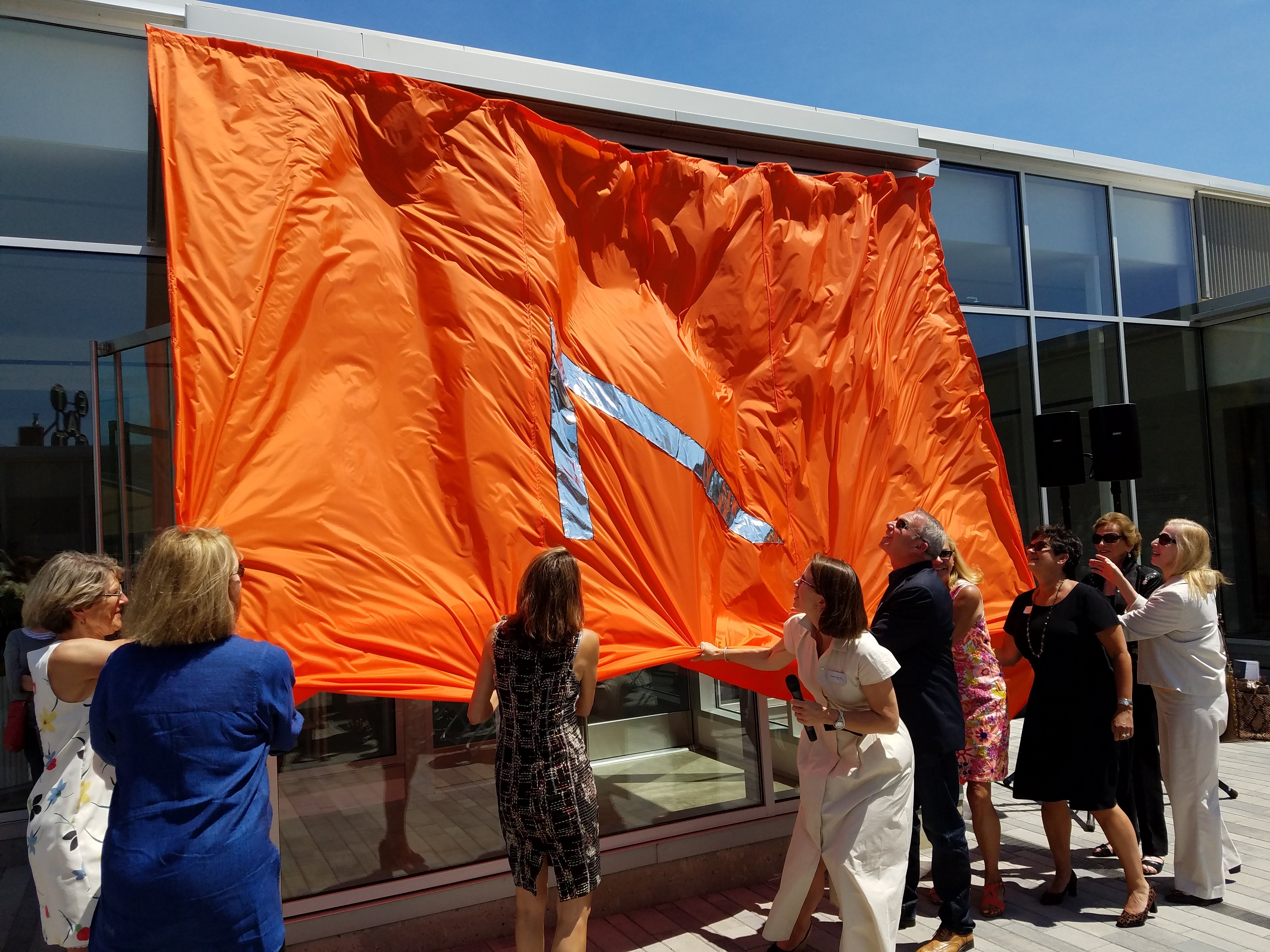 The new CMCA had its grand opening on Sunday, making Rockland, in the words of Bob Keyes from the Portland Press Herald, “where all the cool kids are.” From his article in the June 19 PPH:

“The center of attention this summer is the new CMCA, which has moved from its longtime home in Rockport, a few miles up the coast. Executive Director Suzette McAvoy said the museum’s directors chose Rockland because it offered the best prospect for growth in the immediate and long-term future. By moving to Rockland, CMCA hopes to increase attendance from fewer than 10,000 visitors a year to 50,000, partly through increasing school programming and other community events.

CMCA opens with an exhibition by Jonathan Borofsky, a sculptor with an international following who lives in Ogunquit. The 73-year-old sculptor hasn’t shown in Maine since he was a teenager, and his exhibition is considered a coup for McAvoy and the CMCA. His exhibition includes a towering sculpture of colorful human figures made from steel. It went up last week and stands 24 feet tall in the CMCA’s outdoor courtyard facing Winter Street…

Ben Fowlie, founder and executive director of the Camden International Film Festival, said CMCA’s opening in Rockland bolsters the arts across the midcoast, which includes a hub of activity in Rockport, home to Maine Media Workshops, the Center for Furniture Craftsmanship and Bay Chamber Concerts. Healthy arts organizations provide foundational support for the community at large, he said.

Between the Strand, the Farnsworth and CMCA “you have the foundation of a very strong arts community that gives Rockland an identity beyond the working waterfront,” said Fowlie, who lives in Camden. “It’s very exciting to think about what Rockland will be like in five or 10 years.”