Camden Conference > All Events > Internet and World Politics
All Events 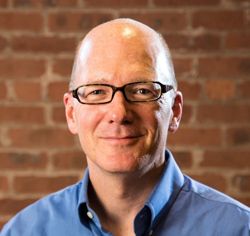 Scott Carpenter of Google Ideas will give a Trekkers Tech Talk entitled “Head in the Clouds: The Internet’s Next Five Billion and World Politics” on Wednesday, August 27, from 7-8:30 p.m. at the Strand Theatre in Rockland.

Everywhere we look, we see that connectivity is transforming the way individuals, organizations, and states interact. For all that has been reported about ‘cyber attacks’ and ‘hacktivism’, we are only just beginning to grasp how these changes will impact typical questions related to foreign policy and national security. Scott Carpenter, Deputy Director of Google Ideas, explores the role of technology to both harm and protect in our new digital age.

About the Speaker: Scott Carpenter is the Deputy Director of Google Ideas where he drives implementation of the team’s overall strategy and manages the portfolios addressing illicit networks and ending online censorship. Prior to joining Google, Scott founded and directed Project Fikra as the Keston Family Fellow at the Washington Institute for Near East Policy, where he remains an adjunct fellow. Previously, Scott served as Deputy Assistant Secretary of State in the Bureau of Near East Affairs where he helped conceive and implement the Middle East Partnership Initiative (MEPI) before being named Coordinator for the Broader Middle East and North Africa Initiative (BMENA). His other roles in government include director of governance for the Coalition Provisional Authority in Iraq from April 2003 to July 2004 and Deputy Assistant Secretary in the Bureau of Human Rights and Democracy. Earlier in his career, Scott worked for the International Republican Institute where he founded and co-directed its European program from Bratislava, Slovakia and on Capitol Hill. He received his MA from the Johns Hopkins University School of Advanced International Studies and is a member of the Council on Foreign Relations.

For tickets and more information, please visit the Trekkers website.