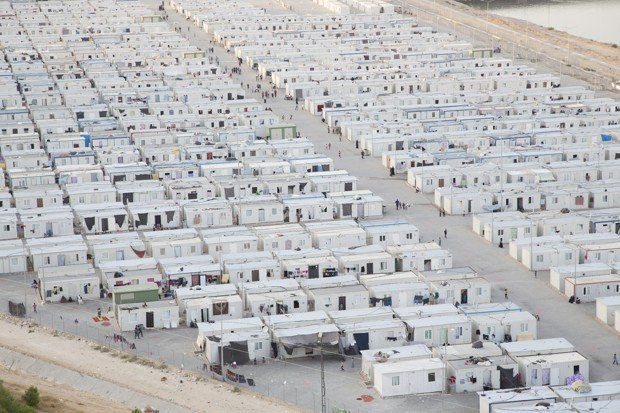 “Insecurities: Tracing Displacement and Shelter” at the Museum of Modern Art

More than 500 children live in the refugee camp at Calais, France, which is today a growing town at the mouth of the Chunnel. The majority of these children are unaccompanied by parents or guardians. Life in the so-called “Jungle” is painful and tentative for them: According to Help Refugees, 129 children could not be accounted for in April following the sweeping demolitions of homes in the refugee camp in March.

The displacement of millions of people across the Middle East, Northern Africa, and Europe has given rise to permanent refugee communities in Dunkirk, France, and Lesbos, Greece, among others. The camps at Calais and beyond are home to a new kind of crisis architecture. The planning and stewardship of these camps has enormous, and sometimes deadly, consequences for their vulnerable residents.

The architecture of forced displacement is the subject of “Insecurities: Tracing Displacement and Shelter,” a forthcoming exhibit at the Museum of Modern Art. The exhibit will assemble work by architects, designers, and artists responding to the global refugee crisis.