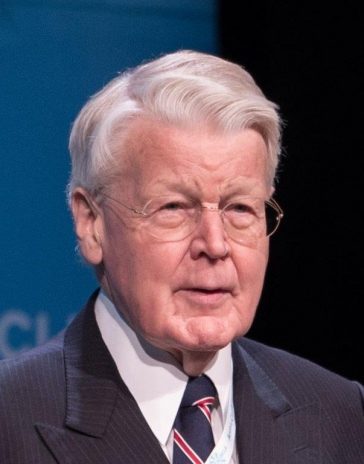 Through skill or serendipity, the Camden Conference manages to choose a topic most years that is not only relevant and timely, but, after selection, is more and more in the news.  The 2021 Conference, The Geopolitics of the Arctic: A Region in Peril, qualifies.  The Arctic already is undergoing dramatic changes traceable to global warming, and as these changes impact the pace of climate change, they forewarn of the challenges ahead for human, animal, and plant habitats in this and other regions.

The speakers for the 34th annual Conference, including keynoter Olafur Ragnar Grimsson, the former president of Iceland, will examine how this transformation of the Arctic is creating a new arena for global power competition. With the retreating ice mass will come new opportunities to pursue exploration and extraction of vast resources. Will there be unregulated competition, or cooperation, among governments and industries? What kinds of security challenges will come with ice-free borders? The territories of eight nations extend into the Arctic, but others —especially China— will assert rights of access and passage. Open waters will make shipping between Pacific,  Atlantic, and European ports much less expensive, shortening some sea routes by thousands of miles. What could all this mean for Maine with its accessible northern ports, maritime industry, and vulnerable location on a rising ocean?

Conference producer, Jim Ruddy, will again provide his skills, his sense of humor, and his superb technical crew. The event, and the moderator, will be based at the Camden Opera House. The speakers will appear on that familiar stage via video from their offices or other sites around the world. The tech crew in Camden will integrate the video and audio from the various locations into the live feed from Camden, resulting in a viewing experience similar to watching the Livestream at one of our satellite venues. As always, our audience will be able to ask questions of our speakers, this year through email.  Technical assistance to access the event will also be available throughout the event.

Olafur Ragnar Grimsson, former President of Iceland, will open the Conference as the keynote speaker. In recent years, Grimsson has been outspoken on the issues of renewable energy and global climate change. He initiated a Global Roundtable on Climate Change with the participation of a large group of companies and individual opinion leaders. He strongly advocates the use of geothermal energy, which is renewable, economically viable and reliable resource, as proven convincingly by the case of Iceland.

On April 15, 2013, at the National Press Club in Washington, he announced the formation of the Arctic Circle, an organization to facilitate dialogue among political and business leaders, environmental experts, scientists, indigenous representatives, and other international stakeholders to address issues facing the Arctic as a result of climate change and melting sea ice. Grimsson currently serves as the Chairman of this organization.

Visit the Conference website www.camdenconference.org for further information on confirmed speakers and registration for this year’s virtual Conference.