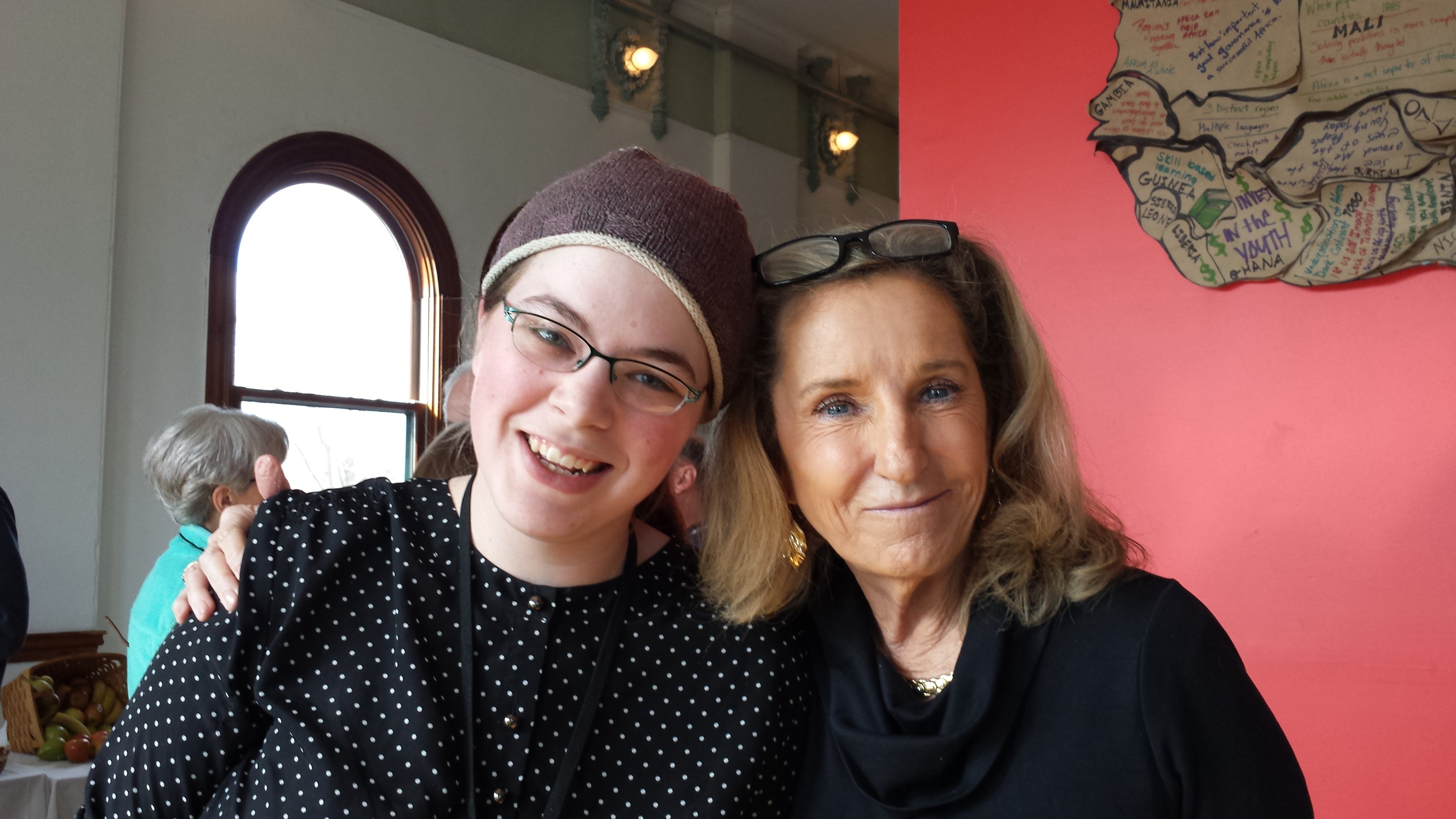 It’s a long way from growing up in rural Maine to a graduate fellowship at Georgetown University in Washington DC.  Maggie Samuels, daughter of a Maine fisherman from Searsmont, is in her first year of a two year master’s degree in the prestigious Thomas R Pickering Foreign Affairs Fellowship Program.  Two uniquely Midcoast programs were part of that journey.  But it all started with a love of words.

Maggie was a shy, reserved child. Exploring different languages helped her to step out into the world.  “Words have nuance and shades.  Knowing the right word helps you to convey what you mean.”  She started to study different languages:  Cherokee, Latin, Spanish, Inuit, Farsi, Japanese, and Turkish.  Foreign languages were a completely different way of seeing and broadened her world. “Language shapes a culture; the brain is hardwired from its language.  You can’t literally translate one language to another.  When I realized this, it literally ‘broke my brain’.”

When she was 12 years old a neighbor took her to The Game Loft program in Belfast Maine to participate in volunteer activities.   As a young teenager, Maggie had not overcome her natural shyness and the Game Loft staff helped her to build interpersonal skills through roll playing and community service.  One of the adult volunteers at that time was Galen Plummer, a board member of the Camden Conference.  Galen encouraged and coordinated several of the Game Loft participants to volunteer at the annual Camden Conference at the Hutchinson Center in Belfast.  Maggie was one of the first to volunteer.

“That first conference introduced me to things that I hadn’t heard about.  It was very focused and targeted information.  The speakers gave me a glimpse of what people do in ‘the real world’.  All of the adults wanted to talk to us students.  Adults asked my opinion for the first time.  It was more interesting than school and I wanted to come back from the beginning.”  Through middle school, high school and college, Maggie came back to the Camden Conference every year as a volunteer.  “Everyone greeted me and asked about school and what I was studying.  It became the highlight of my year.”

Those years were busy for Maggie as she studied different languages in high school particularly focusing on Japanese.  When it came time for college she wanted to continue to study Japanese.  Her father said: you have to explain what you are going to do with what you study.  “I knew there might not be many opportunities to use Japanese so I made a list of languages that are important.  Turkish was on that list.  My years of attending the Camden Conference had given me insight on that part of the world and had shown me that there were professions where I could use Turkish language skills.”  When she left the Midcoast for Hampshire College she returned every February for the Camden Conference.  “As I gained more knowledge in college, people at the Conference would talk and debate with me about the issues.  They were interested in what I was studying.  They gave me advice and told me about opportunities.  The diversity of speakers, not just academics, brought their personal stories to the Conference.  Those stories energized me and helped me to understand international work.  I saw if you have a passion there are many different ways to do something to make the world better.”

In her last years of college, Maggie was accepted to a State Department internship in Turkey and Hampshire allowed her to do independent study for two months in Ankara in the economic section of the US Embassy.  Initially, she decided that working in the Foreign Service was not a good fit for her.  But she got to know some of the people in the consular section and realized that this section dealt with human beings.  It was the personal human work of the Foreign Services that finally set the path for her.  When she finished college she set her sights on being accepted into the Thomas R. Pickering Foreign Affairs Fellowship Program where at the completion of her studies she will begin her career as a Foreign Service Officer.

Maggie’s love of words as a child opened the world to her.  Her father gave her the wisdom to follow her passion, to always be a good person, to give back to your community, to make the world better. The Game Loft taught her the value of community.  The Camden Conference gave her knowledge of the bigger world and “people who cared about me from year to year.  It was a safe space to be young and growing.”  Through all the years of volunteering at the Camden Conference encouraged by the Game Loft, Maggie grew from a quiet shy child to a passionate directed adult.

Image: Maggie and Amb. Pamela White at the 2016 Conference, The New Africa.