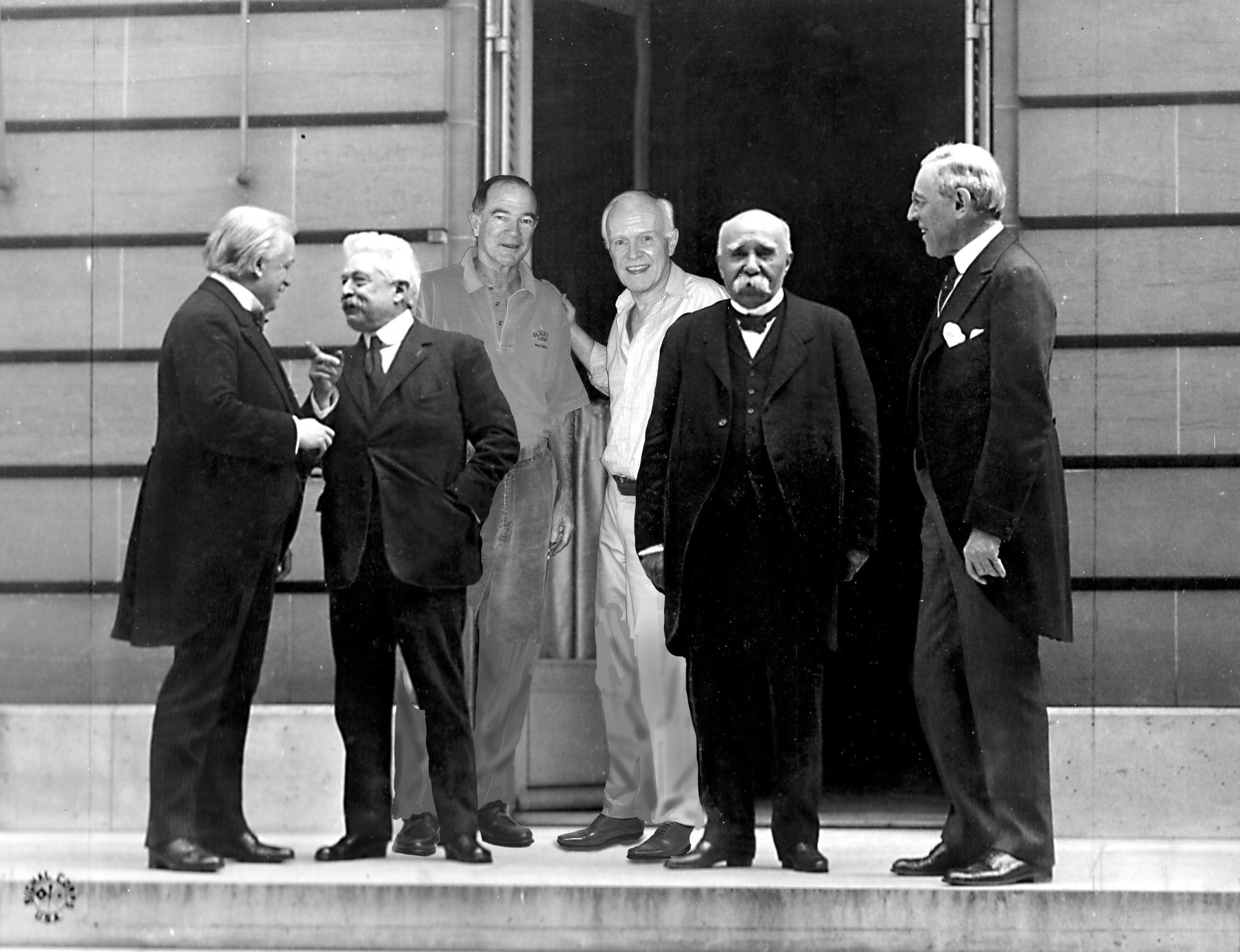 Mac Deford and Tom DeMarco are back for a twelfth year with their 100-minute History Roadshow on Thursday, January 25 at the Portland Public Library at  6:00 pm.  This time it’s about the Paris Peace Conference of 1919 and the peace it gave us (erghhhh).  Among the characters you’ll meet are: Gustav Stresemann, the man who put Hitler in jail and who might have helped avoid war, Margherita Sarfatti, the “woman who invented Mussolini, the maddening idealist Woodrow Wilson, the semi-heroic Herbert Hoover, Aristide Briand and Frank Kellogg who together made war illegal (sort of), and the heroic photographer, Erich Solomon, who recorded them all and paid for it with his life.

Tom DeMarco is the author of fifteen books (his speculative novel Dark World Chronicles is the latest) and a Principal of The Atlantic Systems Guild, a technology think tank with offices in the United States, United Kingdom and Germany.  Mac Deford is a retired Foreign Service officer with service primarily in the Middle East.  He had a subsequent career with Merrill Lynch International, mostly in South America and Asia, and is a regular columnist with The Free Press.