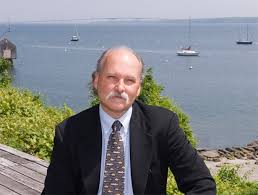 The Kennebunk Free Library will host Barry Costa Pierce on February 15 at 6:00pm. His talk is titled “UNE Marine Sciences Developing New Trans-Atlantic Ocean Foods Entrepreneurship through International Scientific and Educational Cooperation.” The world’s oceans produce only 1-4% of total human foods. Aquatic protein production systems of fisheries and aquaculture are far superior choices for global investments to 2050 and beyond in comparisons to any other terrestrial animal protein production systems. Nutrient-rich, omega-3 rich, seafoods are, from other global scientific reviews, better food choices for human health than land-based protein foods. This talk will focus on the rapidly changing North Atlantic and peri-Arctic seas and resources and how UNE is developing international scientific and educational partnerships for the full utilization and sustainable development of the fisheries and aquaculture resources with an emphasis on full marine product utilization as more sustainable alternatives to the current, inefficient ocean food economies where about one-half of all fisheries harvests are wasted.

Barry Costa-Pierce is the Henry L. & Grace Doherty Professor, Chair of the Department of Marine Sciences and Director of the Marine Science Center at the University of New England. He has a Ph.D. in Oceanography from the University of Hawaii and an M.Sc. from the University of Vermont. His research interests are in “ocean food ecosystems”: How seafood systems throughout the world interact with marine ecosystems, fisheries, aquaculture, and people. Dr. Costa-Pierce has spent a career developing local to global scientific and educational programs and partnerships. He has lived and worked as a scientist in Asia, Africa, and the Pacific. He is widely recognized as a pioneer of the field of “Ecological Aquaculture” and led the United Nation’s Food and Agriculture Organization’s development of the global protocols for an “Ecosystems Approach to Aquaculture”. Before coming to Maine Costa-Pierce spent 11 years as a Professor of Fisheries & Aquaculture and the Director of the Rhode Island Sea Grant College Program at the University of Rhode Island. In 2011, he was elected as a Fellow of the American Association for the Advancement of Science (AAAS).