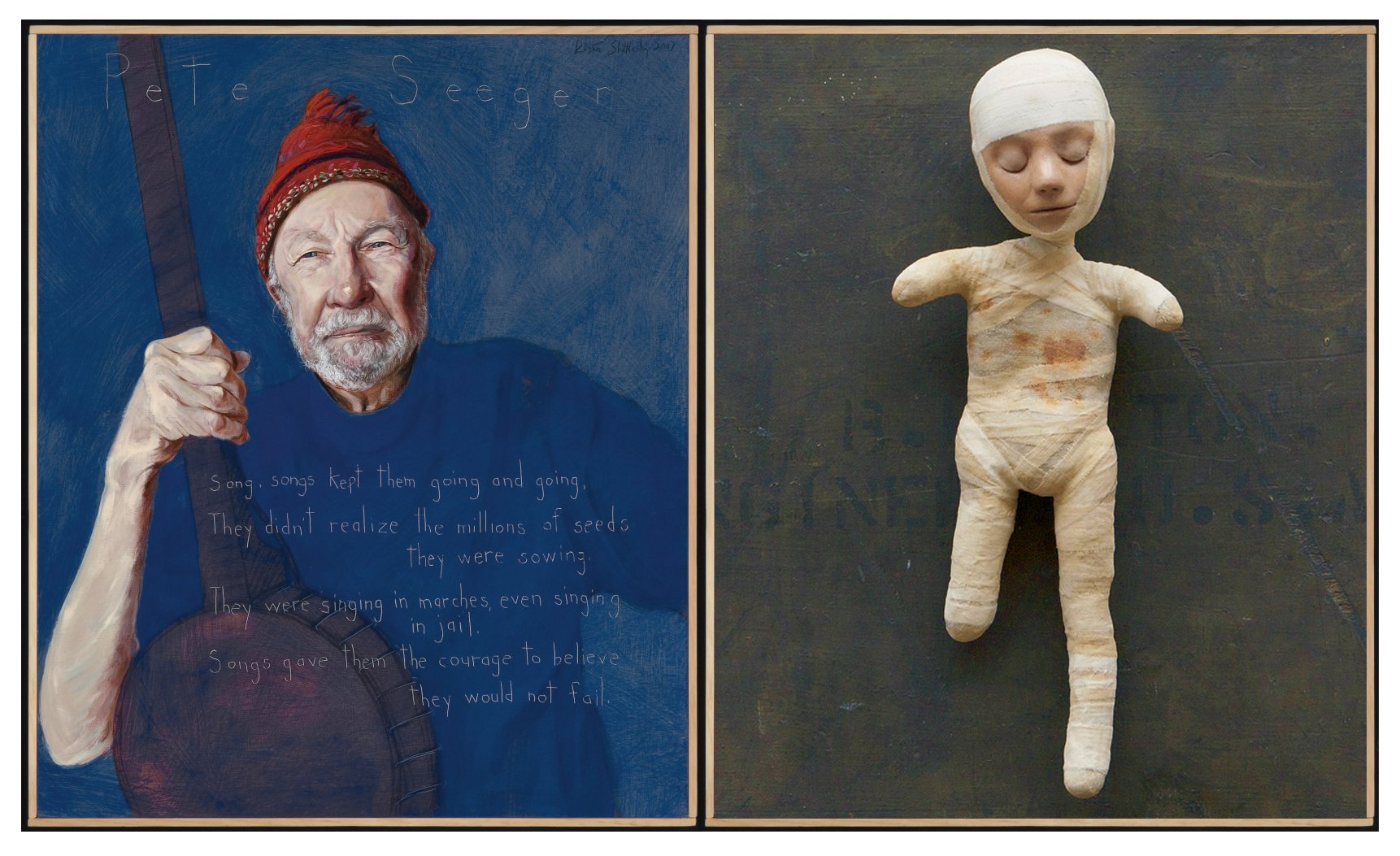 The Camden Conference presents Maine-based artists Robert Shetterly and Alan Magee  at the Cushing Library on December 3rd at 2 pm.

Robert Shetterly is an internationally acclaimed painter and lecturer. He employs his visual art to honor extraordinary Americans who have led advances in civil rights, justice, environmental awareness, and world peace. His series of portraits and lectures, Americans Who Tell the Truth, has enlightened and inspired audiences throughout the US, in Latin America, Europe, and the Middle East.

Alan Magee is a painter, sculptor, songwriter, and filmmaker. Archive, Magee’s ongoing series of black and white monotype faces (began in 1990 in anticipation of the first Gulf War) asks that we remember the distant victims of war. His relief sculptures (the War Toys) critique our culture’s glorification of militarism, and his music videos, Gun Shop (2013), and Party Line (2014) address gun violence and the effects of mass surveillance.