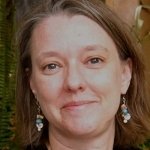 Literary translator, Lisa Hayden, will look at ways contemporary Russian fiction writers address aspects of Russian history in their work. Lisa will read brief passages from stories and novels she has translated, offering thoughts on cultural and historical themes developed in the works – and on the authors themselves. Lisa saw these authors when she traveled to Moscow this fall.

The translations include three forthcoming books that differ greatly in style and topic: Laurus, Evgenii Vodolazkin’s novel about a medieval man; Addendum to a Photo Album, Vladislav Otroshenko’s novella about a Cossack family in the early twentieth century; and The Women of Lazarus, Marina Stepnova’s family saga that covers everything from a pre-revolutionary cookbook to secret science during World War II to post-Soviet ballet.

Lisa Hayden is a literary translator who lives in Scarborough, Maine. Her translations from Russian have appeared in journals and anthologies, and her blog, Lizok’s Bookshelf, focuses on contemporary Russian fiction. Lisa received an MA in Russian literature and lived in Moscow during 1992-1998.

This presentation is hosted by the Curtis Memorial Library and offered as a free community event in anticipation of the 28th Annual Camden Conference: Russia Resurgent, February 20-22, 2015. The mission of the Camden Conference is to foster informed discourse on world issues.