“To Live”-film screening in Yarmouth 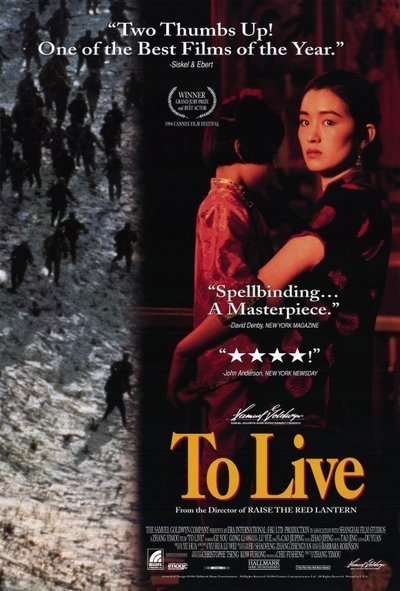 The Camden Conference presents a screening of the film “To Live” at the Merrill Memorial Library in Yarmouth on Wednesday, February 13 at 7:00 pm. This event is free and open to all.

“To Live” is a simple title, but it conceals a universe. The film follows the life of one family in China, from the heady days of gambling dens in the 1940s to the austere hardship of the Cultural Revolution in the 1960s. And through all of their fierce struggles with fate, all of the political twists and turns they endure, their hope is basically one summed up by the heroine, a wife who loses wealth and position and children, and who says, “All I ask is a quiet life together.” The movie has been directed by Zhang Yimou, the leading Chinese filmmaker right now (although this film offended Beijing and earned him a two-year ban from filmmaking). It stars his wife, Gong Li, the leading Chinese actress (likewise banned). Together their credits include “Ju Dou,” “Raise the Red Lantern” and “The Story of Qui Ju.” Like them it follows the fate of a strong woman, but also this time a strong man; somehow they stick together through incredible hardships.-Roger Ebert