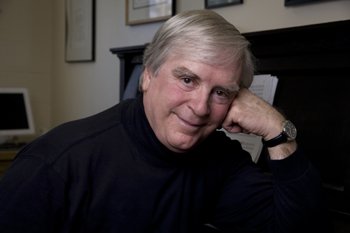 Anthony Antolini will speak on The Russian Orthodox Church Today on Thursday, November 13, at the Camden Public Library. This event takes place from 7:00-8:30PM and is free and open to all.

About the speaker: Anthony Antolini, Ph.D., graduated from Bowdoin College with a degree in music. He then went on to Stanford University where he completed a master’s degree in music and another master’s degree in Russian and a doctoral degree in Slavic Studies. He was also a foreign student at Moscow University in 1976. He taught Russian language at Cabrillo College in Santa Cruz County, California and combined it with a rising career as a choral director, combining his professional interests in music and Slavic languages. In 1986 he created (and subsequently published) the first American bilingual edition of Sergei Rachmaninoff’s Liturgy of St. John Chrysostom (composed in 1910) and began touring with that work, first in the United States and subsequently in the USSR at the invitation of the Soviet government. The tour, which took place in 1987-88 became the subject of a PBS documentary, Rediscovering Rachmaninoff, which won a Silver Apple Award for best classical music documentary in 1990. Antolini is artistic director of Down East Singers, music director of the Lincoln Festival Chorus and organist at the Episcopal Church of St. John Baptist in Thomaston. This fall he is on sabbatical from Bowdoin College, where he has taught music since 1992.

This presentation is hosted by the Camden Public Library and offered as a free community event in in anticipation of the 28th Annual Camden Conference: Russia Resurgent, February 20-22, 2015.