The Return of the Moguls: How Jeff Bezos and John Henry Are Remaking Newspapers for the Twenty-First Century-Presented by Dan Kennedy 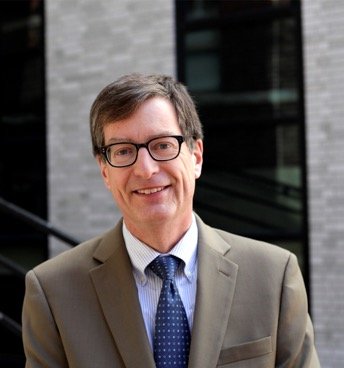 The Camden Conference presents Dan Kennedy at the Scarborough Public Library on Thursday, December 12 at 6:30pm. This event is free and open to all.

The fate of newspapers, whether in print or online, matters to democracy. Despite the battering they have taken during the past several decades, they remain crucial for holding government and other large institutions to account. In his recent book, The Return of the Moguls: How Jeff Bezos and John Henry Are Remaking Newspapers for the Twenty-First Century, Dan Kennedy explores how that iron core might be preserved. His presentation will examine this new breed of wealthy newspaper publishers and whether they have any lessons to offer for the beleaguered news business. The Return of the Moguls has been critically praised by Journalism, Editor & Publisher, The Boston Globe, Kirkus Reviews, and Library Journal.

Dan Kennedy is a nationally known media commentator and a regular panelist on Beat the Press,  an award-winning weekly media program on WGBH-TV (Channel 2). He teaches news reporting, opinion writing, media ethics and other journalism courses at Northeastern University’s College of Arts, Media and Design, with an emphasis on how technology is changing the business of news. Kennedy also writes a weekly column on media issues for WGBHNews.org and has been published in The Washington Post, The Boston Globe, Nieman Lab, Nieman Reports, Poynter Online and other venues. He the 2018 recipient of the Media Ecology Association’s James W. Carey Journalism Award.