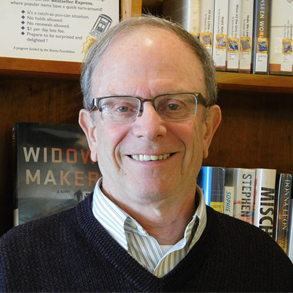 The Camden Conference presents Matt Storin at the Camden Public Library on Tuesday, December 17 at 7pm. His talk, “The Inner Life of Newspapers, ” is free and open to all.

At a time when mainstream media is often under siege, the former editor of the Boston Globe will describe how newspapers make their decisions.  He’ll explore the allegations of liberal bias against East Coast papers, what makes a good journalist, what is the future of print, and many other questions as seen from inside the business.

Matt Storin served as editor of The Boston Globe from 1993 to 2001.  Earlier, he was editor of the Chicago Sun-Times, executive editor of the (NY) Daily News, editor of Maine Times and national editor of U.S. News & World Report.  His reporting career, which began in his hometown at the Springfield (Mass.) Daily News, included stints in Washington for the Griffin-Larrabee News Bureau and later the Globe, for whom he covered Congress, the White House, and later Asia.  Based in Tokyo, he covered the late stages of the wars in Cambodia and Vietnam. After retiring from the Globe, he served as associate vice president for communications at his alma mater, the University of Notre Dame, where he also was concurrent professor of journalism.  He retired from Notre Dame in 2014 and lives in Camden.