The Front Page: A History of the News from Town Criers to TV–100 minutes with Mac Deford and Tom DeMarco @ Hutchinson Center, Belfast 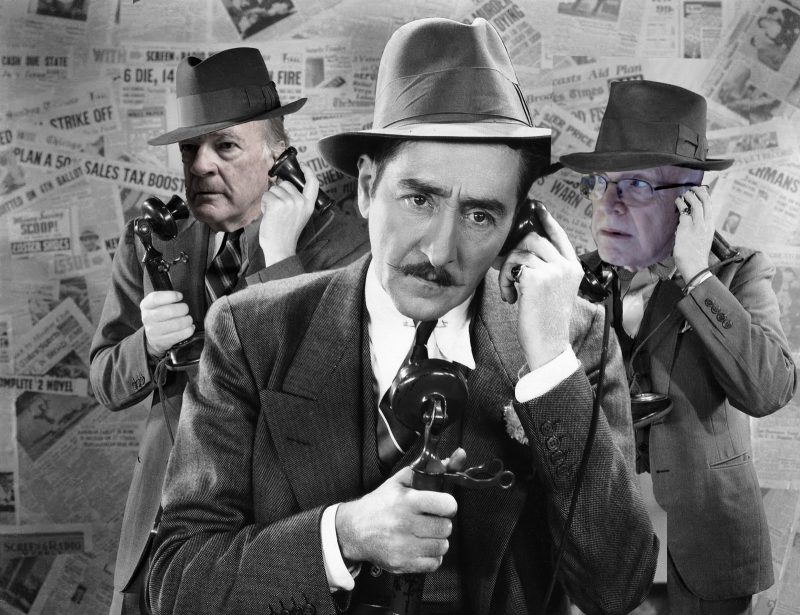 Mac Deford and Tom DeMarco are back for a thirteenth year with their 100-minute History Roadshow. Each year they choose as their topic a historical perspective, at least vaguely related to the subject of that year’s upcoming Camden Conference.  It is informative, humorous and above all entertaining.

Since the theme of the 2020 Camden Conference is the media, Mac and Tom have come up with a presentation they call:

The Front Page — A History of the News from Town Criers to TV.

Among the characters you’ll meet are: Jean-Paul Marat, journalist of the revolution; Benjamin Day, the first media tycoon (everyone before him in the newspaper business went broke); William Lloyd Garrison, who had to be jailed to avoid a lynching for his outrageous opinions; author, publisher, escaped slave, and miscegenist, Frederick Douglass; Ed Murrow and the “Murrow Boys;” Lawrence Gobright who best articulated the ethic of journalism; and the shadowy James Thompson Callender, America’s first investigative reporter, and the first one to pay for practicing that trade with his life.

Tom DeMarco is the author of sixteen books (the speculative novel, The One-way Time Traveler, is his latest) and a Principal of The Atlantic Systems Guild, a technology think tank with offices in the United States, United Kingdom and Germany.  Mac Deford is a retired Foreign Service officer with service primarily in the Middle East.  He had a subsequent career with Merrill Lynch International, mostly in South America and Asia, and has been a regular columnist with The Free Press.

This event is presented by the Camden Conference in anticipation of the 33rd Annual Camden Conference: The Media Revolution: Changing the World, February 21-23, 2020.  No advanced registration is necessary, but donations are appreciated.