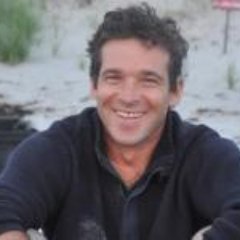 The Camden Conference presents Richard Valdmanis at the Scarborough Public Library on Wednesday, November 13 at 6:30pm. This event is free and open to all.

A significant change in the news media in recent decades has been the shift toward partisan coverage. Technological and political factors have been major contributors, from the impact of presidential tweets on financial markets to how the US is struggling with the realities of climate science. In his presentation, The Case for Unbiased News, Richard Valdmanis will discuss how this trend under-serves news consumers and can lead to poor decision making – from the halls of finance, to Congress, and to the voting booth. Valdmanis will make the case for news outlets and news consumers to make a better effort to produce and seek out coverage that is free from partisan bias.

Richard Valdmanis joined Reuters in 1999 as a news assistant on the energy desk in New York, becoming Editor in Charge of Americas Energy in 2005. He left New York in 2009 to become Deputy Bureau Chief for West and Central Africa, where he covered the war in Mali, the revolution in Tunisia, and was part of the team of reporters that earned a Pulitzer nomination for coverage of Gadaffi’s overthrow in Libya. Valdmanis returned to the States in 2013 as Boston Bureau Chief, expanding his responsibilities to become part of the greater U.S. energy team in 2015.