Taking Falafel to a Fourth of July Picnic: A Story of a Refugee 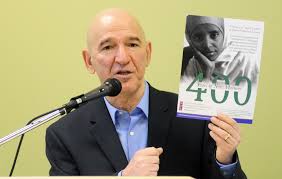 Reza Jalali, a writer and an educator, shares his experience of arriving in Portland, Maine as a refugee on December 20 at the Camden Public Library at 7:00pm. It is the universal story of a wide-eyed refugee coming to Maine, the country’s whitest state, awed by the sights and sounds of a new country, and shocked by the cultural differences he experiences in the U.S. but determined to begin a new life to replace the one lost to a revolution and a war in his country of birth, Iran.  This program is free and open to all.

Reza Jalali, recognized as one of the eminent ethnic Americans in Making it in America: a sourcebook on eminent ethnic Americans (©2001by Elliott Robert Barkan) and named as one of Maine’s 50 leaders by Maine Magazine in 2016, is a writer, educator, and human rights activist. Jalali has taught at the Bangor Theological Seminary and the University of Southern Maine. He advises Muslim students at Bowdoin College and directs the USM Office of Multicultural Student Affairs. His books include New Mainers (2009), a book about Maine’s new immigrants, Moon Watchers (2010), Homesick Mosque and Other Stories (2013), and The Poets and the Assassin (2015), a play about women in Islam and Iran. Jalali co-curated the Maine Historical Society’s 400 Years of New Mainers exhibition.

This presentation is hosted by the Camden Public Library and offered as a free community event in in anticipation of the 30th Annual Camden Conference –Refugees and Global Migration: Humanity’s Crisis, February 17-19, 2017. The 30th Anniversary Camden Conference Community Events Series is supported in part by the Maine Humanities Council.