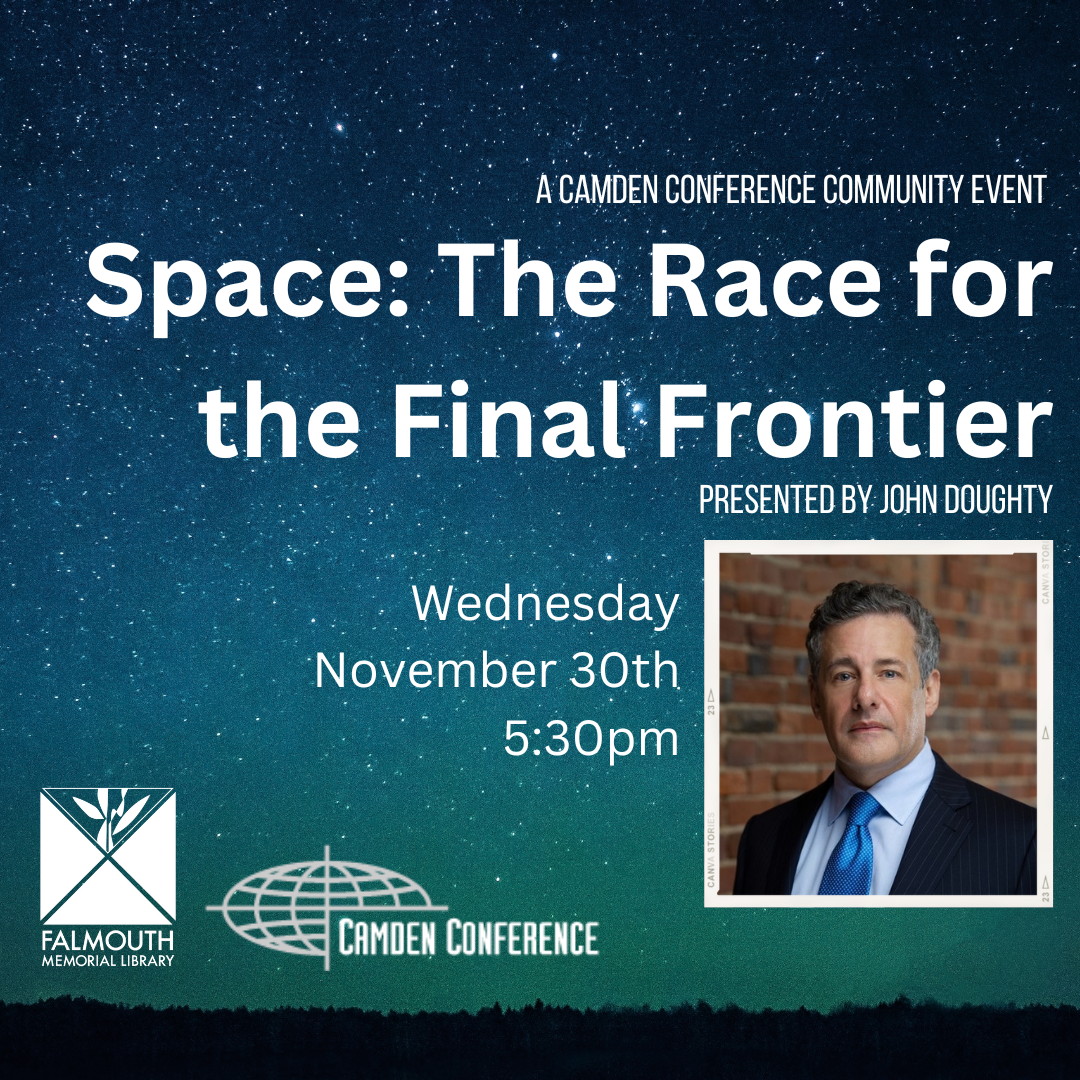 The Camden Conference, in partnership with the Falmouth Memorial Library, continues the Community Events Series with a presentation by John Doughty on Wednesday, November 30 at 5:30pm. This event is free and open to all. It will be presented on ZOOM, https://us02web.zoom.us/j/82871298590 .

The launch of Sputnik 1 in October 1957 marked the beginning of the space era and of the space race between the United States and the Soviet Union. Today, a new arms race is brewing in orbit. Access to space has become much more affordable as launch and equipment costs have declined sharply. These factors are fueling a thriving space industry as dozens of countries and companies are exploring ways to utilize space. Meanwhile, China is a pacing challenge to U.S. primacy in space. Increasingly, space is becoming more militarized as several nations have developed, tested, and deployed various counterspace systems. Given the importance of space to the U.S. economy and national security, the Pentagon has bolstered spending directed toward space-based systems. Indeed, space is becoming more congested, competitive, and contested. We will discuss the commercial and security aspects of the new space race as well as some of the major space exploration programs.

John Doughty is currently the Chief Investment Officer for R. M. Davis, a Registered Investment Advisor with $7 billion of assets under management located in Portland, Maine. Doughty leads the firm’s research effort and is Chair of the Investment Committee and is responsible for the firm’s investment strategy. Doughty specializes in energy, economics, markets, and geopolitics and presents regularly on global economic and market trends to business partners and others in the community.