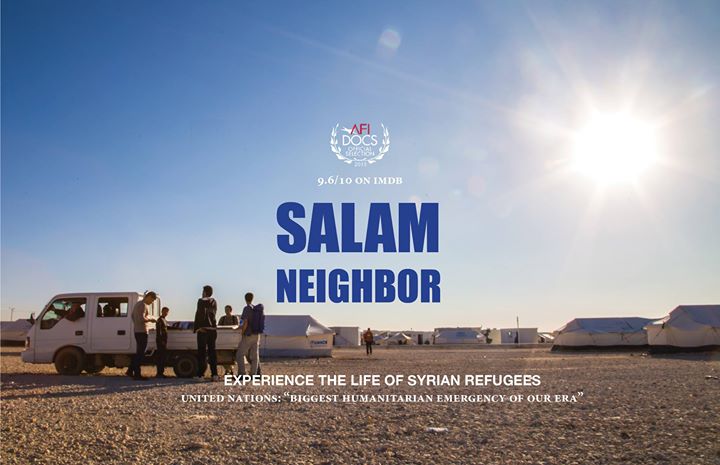 The Camden Conference and Rockport Public Library are pleased to present a Film Series: Refugees and Global Migration, in connection with the 30th Camden Conference which will focus on the same theme.  The series will take place over three Saturdays, November 5, 12, and 19, at the Rockport Opera House.  The events will begin at 2 pm and are free and open to all.

The first in the series, Salam Neighbor, which translates to “Hello Neighbor”, is a documentary released in 2016 by the film production companies Living on One Dollar and 1001 MEDIA. The title has a dual meaning as the Arabic word “salam” also means “peace.”

The film documents the experiences of American filmmakers Zach Ingrasci and Chris Temple when they lived among 85,000 Syrians in Jordan’s Za’atari refugee camp, which lies seven miles from the Syrian border. The filmmakers, who were the first allowed by the UN to register and set-up a tent inside a refugee camp, spent a month in Za’atari to cover what the UN Refugee Agency calls the world’s most pressing humanitarian crisis. Salam Neighbor is a component of a three-part project focused on the Syrian refugee crisis: the documentary, a virtual reality (VR) film and a social impact campaign.

The film had its world premiere in Washington, DC at the AFI DOCS film festival on June 20, 2015.