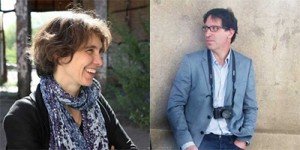 Sunday, November 23, 2014 at 2:00 pm, at the Scarborough Public Library located at 48 Gorham Road in Scarborough, Maine.

A free screening and discussion of Russia’s Open Book: Writing in the Age of Putin, with co-directors Paul Mitchell and Sarah Wallis will take place on Sunday, November 2, 2014 at the Scarborough Public Library. The event begins at 2:00PM and is free and open to all.

The documentary premiered nationally on PBS in New York in December. Some of the greatest literary achievements of the 19th and 20th centuries were by Russian authors: Dostoyevsky’s Crime and Crime and Punishment, Tolstoy’s War and Peace, Gogol’s Dead Souls, and Solzhenitsyn’s One Day in the Life of Ivan Denisovich, to name just a few.

But who are the Russian writers of today waiting to be discovered by the English-speaking world? Hosted by actor, author, and activist Stephen Fry, the film celebrates contemporary Russian authors as they carry on one of the world’s greatest literary traditions.

Contemporary authors are interviewed in the film, with contributions from literary critics, publishers, and peers. Excerpts from their recent works are brought to life by vivid animated sequences created exclusively for the film, with Fry providing dramatic readings in English.

Paul Mitchell won a 2012 Peabody Award for the BBC/National Geographic television series, Putin, Russia and the West. Since 1990, Mitchell has lived in the UK, producing award-winning films for the BBC, Channel 4, France Télévision, and PBS, among others. Sarah Wallis is a Russian speaker and a published author with over 20 years of documentary film experience, including eight years with the BBC.

This presentation is hosted by the Scarborough Public Library and offered as a free Camden Conference Community Event in collaboration with the World Affairs Council of Maine in anticipation of the 28th Annual Camden Conference: Russia Resurgent, February 20-22, 2015.