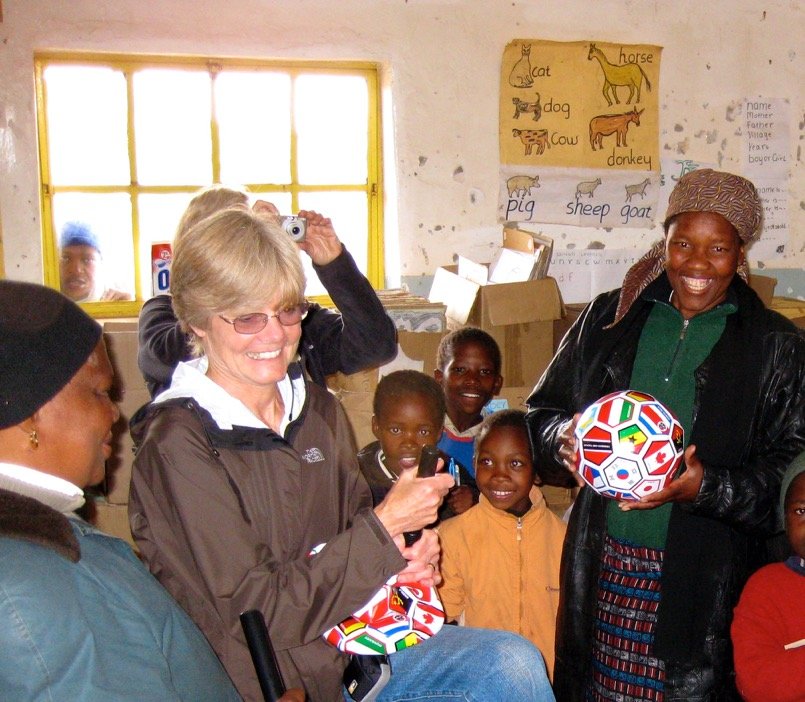 Deborah Hitchings, co-founder and vice president/secretary of Qholaqhoe Mountain Connections, will give an illustrated talk on Saturday, November 14 at 10:30am at the Appleton Library. This event is free and open to all.

Qholaqhoe Mountain Connections in was founded in 2009 response to overwhelming needs of Lesotho’s population, which is devastated by hunger, disease (AIDS) and crippling poverty. Mrs. Hitchings, a co-founder of the organization, will describe the work of this non-profit with both a population of AIDS orphans whose community is determined to keep them within their villages and with scholarship students at the Qholaqhoe High School who could not attend school without the scholarship aid supplied by QMC sponsors.

Deborah has traveled to the remote region of Lesotho three times to work with the Likoting Orphan Village which provides a regular source of nutrition and adult support for a group of over 140 orphans, aged toddler to teen, and with a dynamic group of 65 scholarship students at the local high school.

She is employed at The First Congregational Church of Camden serving as Director of Congregational Care and as The Shields Mission Project Coordinator. A West Bay Rotarian, she has had the ongoing support of all three local rotaries in her work in Lesotho. Rotary District 7790 has twice awarded grants for hands-on work in the region.

Hosted by the Appleton Public Library, this event is offered as a free community event in in anticipation of the 29th Annual Camden Conference: The New Africa, February 19-21, 2016.