Privacy and Security in the Digital Age: How We Got Here, Where We’re Going & Future Threats 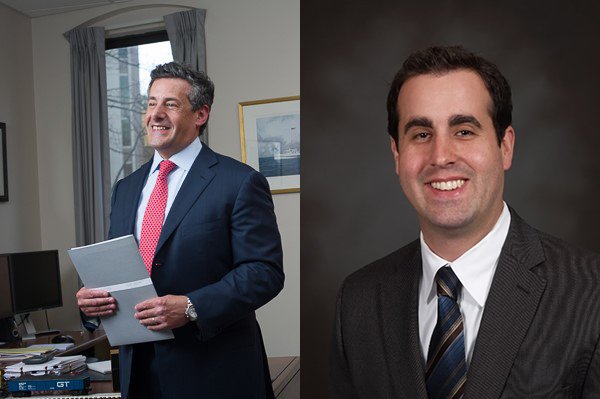 John Doughty and Rob Simopoulos will give a presentation entitled “Privacy and Security in the Digital Age: How We Got Here, Where We’re Going & Future Threats” on Thursday, February 15th at 6:30 pm at Thomas Memorial Library in Cape Elizabeth.

The idea of “privacy” has undergone significant changes in the digital age and in many ways it can be argued that there is no privacy in the digital spectrum. While the founding fathers granted citizens significant protections in the Constitution which guaranteed the right of privacy, the events of September 11th unleashed what some view as a “dragnet” of unwarranted privacy intrusions.

This program will take a look at the history of governmental digital surveillance, and how it grew into the large program it is today. We’ll talk about existing and future threats in the digital divide; how terrorist organizations, criminals, and foreign governments are utilizing the Internet to attain their goals; the role of technology in our lives; and the ways smart technology and the burgeoning “Internet of Things” leave us vulnerable to attack. Finally, we will discuss what steps individuals and small businesses can take now to reduce the threat of being the victim of a cybercrime.

John Doughty is currently Vice President and Director of Research for R. M. Davis, a registered investment advisor with approximately $4 billion in assets under management based in Portland, Maine. John leads the firm’s research department and is Chair of the firm’s Investment Committee. In addition, he focuses on the Energy sector of the economy in his research and presents regularly on global economic, geopolitical, and market trends to business partners in the community. Prior to joining R. M. Davis, Inc., John was a Vice President of Equity Research at Credit Suisse First Boston in New York.

He is a member of the Economic Club of New York, the Foreign Policy Association, the CFA Institute, the CFA Maine Society, the CFA Society Boston, and the National Association of Petroleum Investment Analysts. John has served on numerous community boards. Presently, he serves on the Pine Tree Council’s Investment Committee, the Maine Historical Society’s Board of Trustees, the World Affairs Council of Maine’s Board of Directors, the Camden Conference’s Board of Directors, and serves as a Class Agent for the Bowdoin College Class of 1988.

Rob Simopoulos is a co-founder of Launch Security, a local company focused on providing cybersecurity programs to small and midsize organizations here in Maine.  Rob began his career in Toronto, Ontario as a founder of Sonitrol of South Central Ontario, a security provider to organizations nationally. After the sale of his first business, he and his family moved to the United States and settled in Maine.

Rob has been in the Security industry for over 21 years, helping organizations large and small improve their security posture. Rob has received various accolades including Top 20 under 40 by Security System News and Top 40 under 40 by Commercial Integrator Magazine.