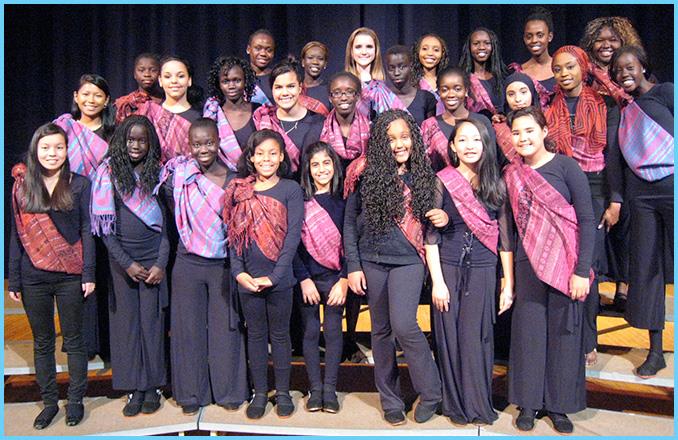 Bay Chamber Concerts, in partnership with Camden Conference, presents the Pihcintu Multinational Children’s Chorus on October 17 at 4:00 pm at the Rockport Opera House. Donations will be accepted at the door.

Pihcintu Multinational Children’s Chorus was envisioned by award winning producer, musician and songwriter, Con Fullam. He combined his passion for music with a deep concern for the effect of world issues on children and created a chorus based in Portland, Maine, an ever-expanding international resettlement community.  This unique chorus of young women from Cambodia, China, Congo, El Salvador, Egypt, Kazakhstan, Kenya, Lebanon, Saudi Arabia, Somalia, Sudan, Uganda, Viet Nam, British West Indies, Zambia, and the United States, creates music that is transformative to themselves and to all who hear them.

Fullam, who writes most of the material that the chorus performs, has said of the group, “I think everyone who is exposed to them, who sees them, who listens to them, who hears about them, is a little bit closer to the greater scheme of things than they were before. It’s an incredibly uplifting and powerful way for them to deal with the many issues that they have. These kids come from war-torn countries and they have stories that would curl your hair.” Pihcintu has gained national attention, performing on NBC’s The Today Show, and at the Kennedy Center in Washington, DC at the UNHCR World Refugee Day.