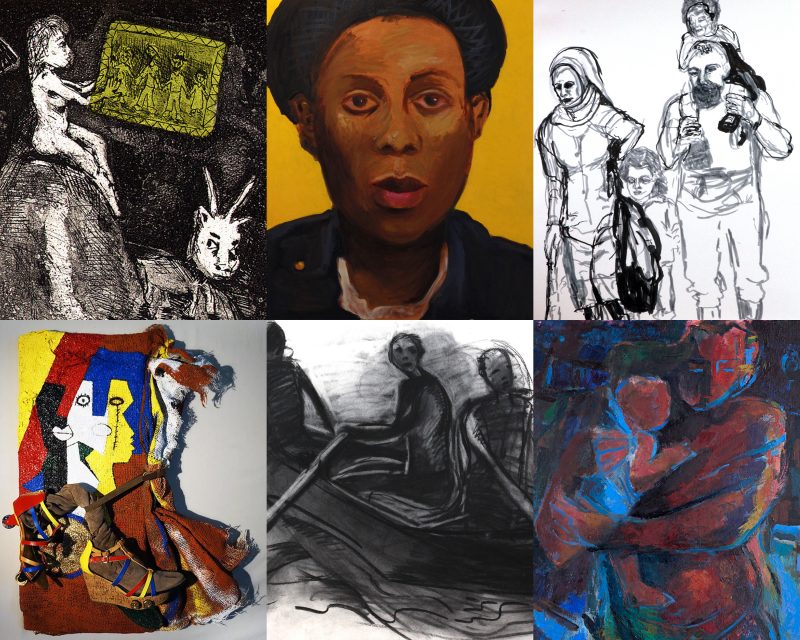 The Camden Public Library and the Jonathan Frost Gallery in Rockland are pleased to announce a joint effort, a large art show titled “People on the Move: A Human Crisis, Refugees, Asylum Seekers, and the Internally Displaced.” There will be an Artists’ talk at the Camden Public Library on Sunday, February 11 at 2pm.  Titi De Baccarat, Orson Horchler, Veronica Kaluta, and Wendy Newbold Patterson will talk about their work and what moved them to do it.