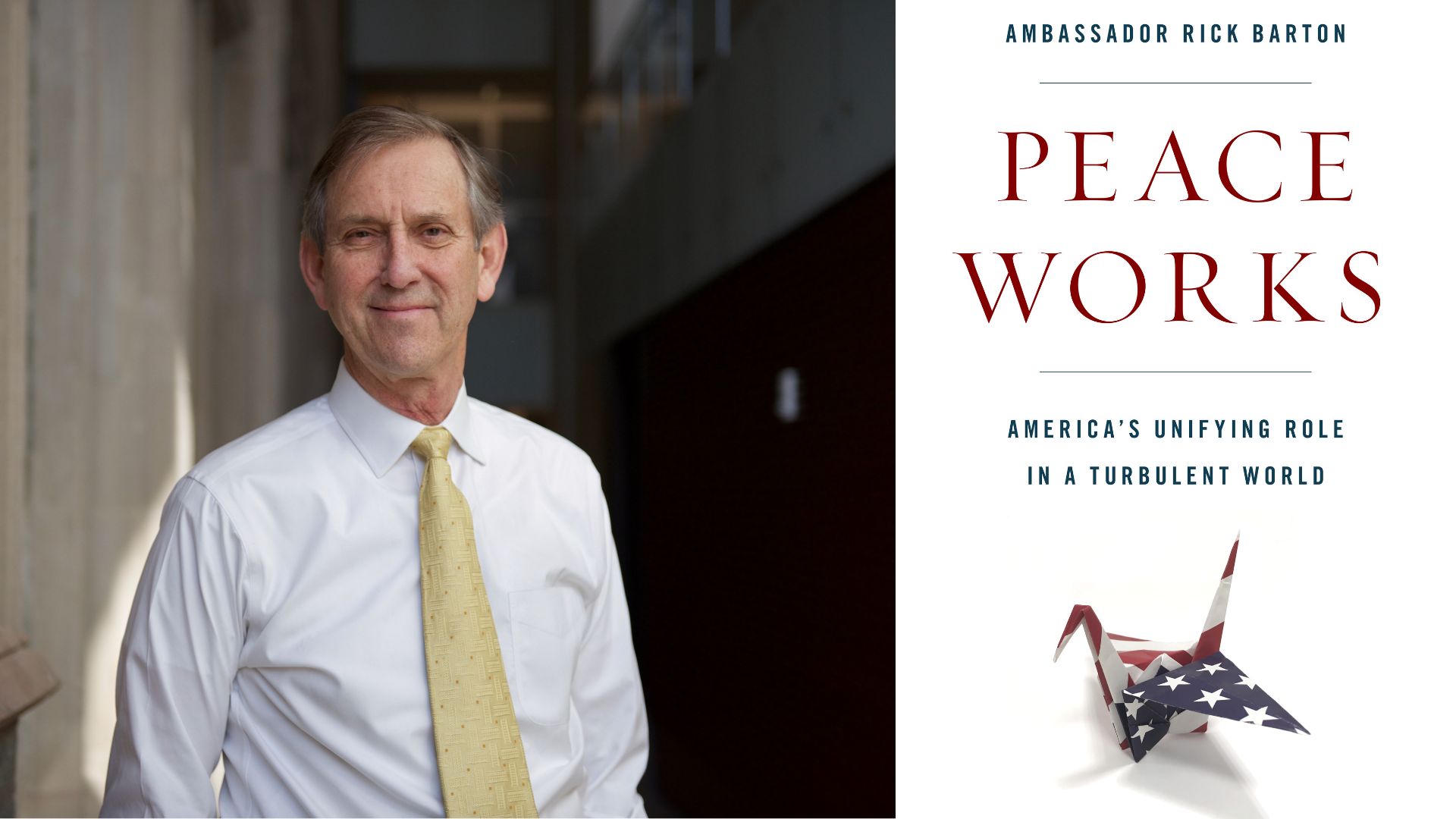 Bosnia, Rwanda, Haiti, Afghanistan, Iraq, and Syria – a quarter-century of stumbles in America’s pursuit of a more peaceful and just world. American military interventions have cost thousands of lives and billions of dollars, yet we rarely manage to enact positive and sustainable change. In Peace Works: America’s Unifying Role in a Turbulent World, ambassador and global conflict leader Rick Barton uses a mix of stories, history, and analysis for a transformative approach to foreign affairs and offers concrete and attainable solutions for the future.

Drawing on his lifetime of experience as a diplomat, foreign policy expert, and State Department advisor, Rick Barton grapples with the fact that the U.S. is strategically positioned and morally obligated to defuse international conflicts, but often inadvertently escalates conflicts instead. Guided by the need to find solutions that will yield tangible results, Barton does a deep analysis of our last several interventions and discusses why they failed and how they could have succeeded. He outlines a few key directives in his foreign policy strategy: remain transparent with the American public, act as a catalyzing (not colonizing!) force, and engage local partners. But above all else, he insists that the U.S. must maintain a focus on people. Since a country’s greatest resource is often the ingenuity of its local citizens, it is counterproductive to ignore them while planning an intervention. By anchoring each chapter to a story from a specific conflict zone, Barton is able to discuss opportunities pursued and missed, areas for improvement, and policy recommendations. This balance between storytelling and concrete policy suggestions both humanizes distant stories of foreign crises, and provides going-forward solutions for desperate situations. The book begins and ends in Syria – the ultimate failure of our current approach to foreign policy, and with devastating consequences.