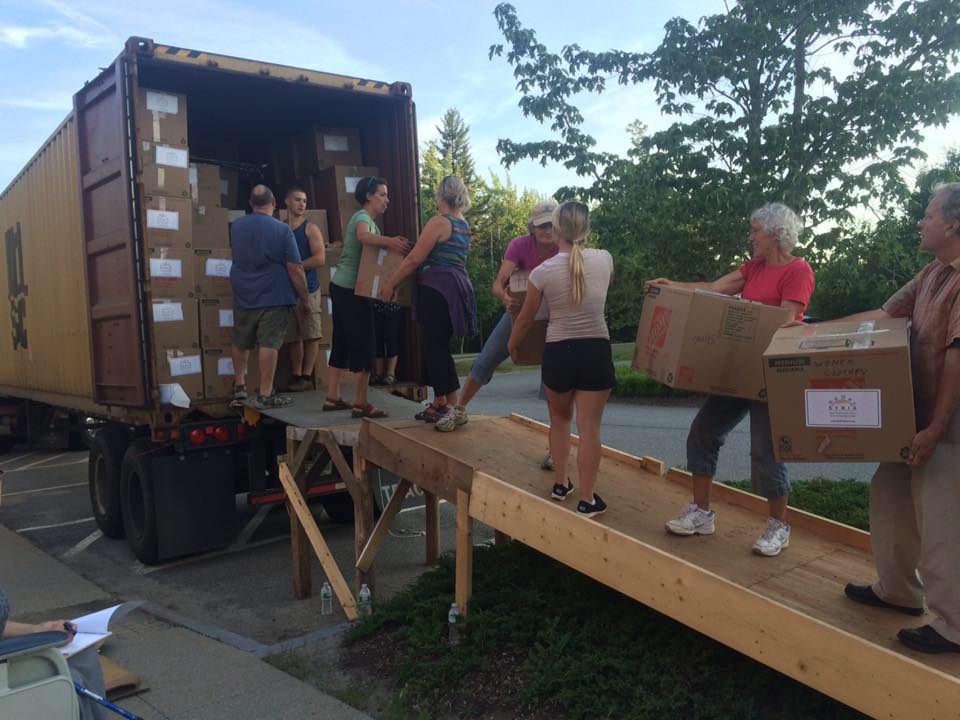 More than half of all Syrians have been forced to flee their homes since 2011 and another 300,000 have lost their lives. It all started when peaceful pro-democracy protests were met with a brutal government response, causing the situation to unravel into the worst humanitarian crisis in a generation. Join us at the Appleton Library on Saturday, September 10 at 10:30. Alison McKellar will present a slide show and speak about her own struggle to be more than just a bystander. She’ll discuss her work as a volunteer with NuDay Syria and what’s she’s learned during the process of collecting donations and sending them on shipping containers inside Syria. This lecture is free and open to all.

Alison is native of Camden and Union and graduated from Camden Hills Regional High School before receiving her undergraduate degree from Stetson University in DeLand, Florida where she studied Sociology and Spanish. While in Florida, both during college and after, she worked with the mostly Mexican migrant worker population and has worked extensively as a volunteer throughout Latin America, mostly in Colombia both with children displaced by the violence and the deafblind population.
After returning to the Mid-Coast in 2008, she has coordinated various delegations of volunteers and mission trips to Colombia and El Salvador and taught Spanish for 4 years at the Watershed School. Now with two young children, she stays closer to home but has found new ways to stay involved with international relief and humanitarian aid projects.

Alison began following the situation in Syria early on in the revolution as videos started to emerge of peaceful pro-democracy protesters were met being met with a brutal government crackdown. At that time, most Syrians were hopeful that the world, and especially democratic countries like the United States, would recognize the values we share with the protesters and would support them in their fight against tyranny. Today, nearly half of all Syrians have been forced to flee their homes and nearly 300,000 have lost their lives. All humanitarian organizations agree that it represents the worst humanitarian crisis in a generation and Alison will present a slide show discussing her work as a volunteer, and now board member, with NuDay Syria and how the organization has managed to deliver nearly 70 forty foot shipping containers of food, medical supplies, clothing, of aid inside Syria to families displaced by the violence. She’ll also give an overview of her project collecting marine shrink wrap for Syrian tents and hospitals, as well as opportunities for people to get involved in relief efforts locally.