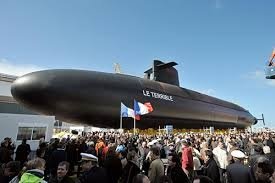 George Look will give a presentation on “Nuclear Arms Control with Russia: Past and Future“ on Tuesday, December 9 at the Belfast Free Library. This event takes place from 6:30-8:00PM and is free and open to all.

The history of nuclear arms control, first with the Soviet Union and now with Russia, is uneven and somewhat checkered. The need to control, and ultimately to eliminate, nuclear weapons was recognized at the very beginning of the nuclear age and is as compelling now as it was then. Our ultimate goal, as reiterated by President Obama in his Prague speech in April 2009, is the total elimination of these weapons. At the same time, every President of the nuclear age has recognized that nuclear deterrence is an important element of United States national security and that the United States cannot eliminate its nuclear arsenal unless we have the universal agreement of all nations to eliminate their nuclear weapons capabilities in a way that we can verify. The presentation will review briefly the history of U.S./Russian nuclear arms control, discuss the reasons why arms control agreements are hard to achieve, and discuss the prospects for continued progress in reducing the nuclear threat.

Dr. Look is retired and living in Mid Coast Maine. Prior to his retirement he was the Senior Director for Arms Control and Nonproliferation on the National Security Council Staff from 2009-2011. Before joining the NSC staff, he was the Director for Nonproliferation and Counterproliferation of the Congressional Commission on the Prevention of Weapons of Mass Destruction Proliferation and Terrorism (Graham/Talent WMD Commission). He served in several different positions at the Department of State from 2003-2008, including as the Director of Strategic Planning and Outreach, Executive Director of the Secretary of State’s International Security Advisory Board, and United States Representative to the Moscow Treaty, START Treaty, and INF Treaty implementation commissions. From 1987-2003 he served in the Office of the Under Secretary of Defense for Policy in positions including Principal Director for Negotiations Policy, Principal Director for Counterproliferation Policy, and Secretary of Defense Representative to the Special Verification Commission. Dr. Look also has been an Associate at the management consulting firm of Booz-Allen & Hamilton and a member of the Technical Staff of Sandia National Laboratories. Dr. Look has a Doctor of Philosophy degree in physics from Purdue University, a Master of Science degree in physics from the Virginia Polytechnic Institute and State University, and a Bachelor of Science degree in physics and mathematics from the University of Nebraska.

This presentation is hosted by the Belfast Free Library and offered as a free community event in in anticipation of the 28th Annual Camden Conference: Russia Resurgent, February 20-22, 2015.