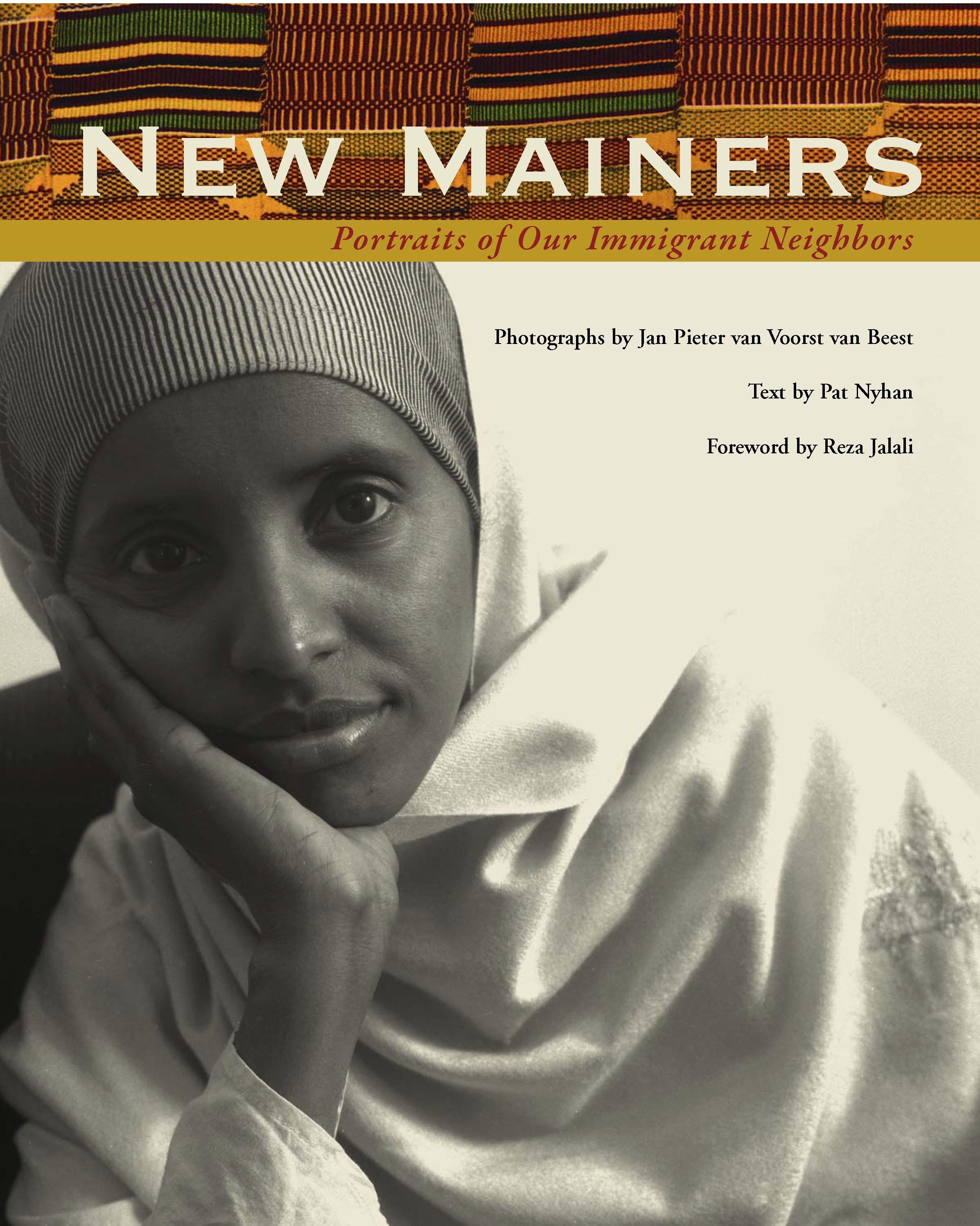 Photographer Jan Pieter van Voorst van Beest will exhibit a select collection of his photographs, “The New Mainers,” in the Picker Room at the Camden Public Library throughout the month of February. His exhibit will be a perfect accompaniment to the Camden Conference theme in 2017, “Refugees and Global Migration: Humanity’s Crisis.” There will be an opening reception and gallery talk with the photographer on  SUNDAY, FEBRUARY 5 at 2:00 pm.

Every day we are bombarded with stories of immigration. Controversy aside, immigration is America’s oldest tradition, and along with religious tolerance, what our nation was built upon. The history of immigration in Maine is happening today, and is in constant flux. The exhibit and accompanying book,  New Mainers: Portraits of Our Immigrant Neighbors highlights personal stories of immigration through photographer Jan Pieter van Voorst van Beest’s contemporary portraits.

Jan Pieter was born at the end of WWII in Holland.  He was trained as a merchant marine and worked in that field prior to moving to Maine.  Since 1970 he has lived with his wife in Pownal, Maine, where they raised their children.  Jan Pieter balanced his work life with his creative 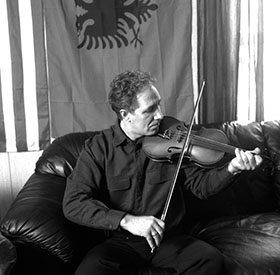 “It is exciting to have some work that seems to have a good amount of staying power!” said Jan Pieter. “This seems to be the case with the ‘New Mainers’ photographs. The Maine Historical Society used the photographs for an exhibit in February 2016 and the exhibit will be traveling to the Camden Public Library in February 2017.”

A native of the Netherlands, Jan Pieter van Voorst van Beest has resided in Maine since 1970. He started in photography in the early seventies after taking courses at the Portland School of Art. He also studied at the Maine Photographic Workshops with Joyce Tenneson and Arnold Newman. He photographed in a wide variety of geographical locations including the U.S, Europe, South and Central America and the West Indies. 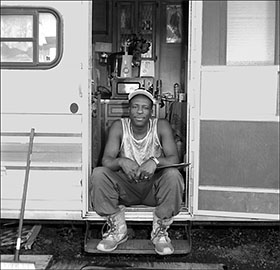 He has shown his work in solo exhibits, while he also participated in group and juried shows at, among others, the Bowdoin College Art Museum, The Art Gallery at the University of Southern Maine, The Alexander Gallery at Westbrook College, the Danforth Gallery, The Portland Museum of Art, the Gallery at the University of New England and the Center for Maine Contemporary Art. He showed photographs in the “Maine Biennial” in 1979 and 1981. His work was also included in several publications among which the book “Self Exposure”, by Reed Massengill at Rizzoli International and Universe Publishing (2006). His book New Mainers, Portraits of our Immigrant Neighbors was published in February 2009 by Tilbury House Publishers.

Shown here: the first portrait is of Emrush Zeqiri from Kosovo, the second is Winston Williams from Jamaica.

About The New Mainers

Who are these new Mainers, and why have they come here? They are from war-torn countries such as Somalia, Sudan, Afghanistan, and Cambodia; from poor Latin American nations; and from economically vibrant places like Hong Kong, India, and Europe―in other words, from across the global spectrum.

They came to Maine for a job or to reunite with their family or because they fell in love or to attend college here or to flee persecution in their homelands. Although the twenty-five immigrants who tell their stories had widely varying reasons for coming to Maine, many have made remarkable contributions to the state. Some contribute high-level skills in medicine, engineering, academia, law, public-school education, hotel management, and social services. Others have enriched the state’s arts and sports worlds. Several are used to going back and forth across borders, either as transnational professionals or as migrant workers. About one-third of these immigrants are successful entrepreneurs. As you will find out, the journeys of these immigrants have not been easy, but all of them are glad they wound up in this state and are proud of their new identities as Mainers.

“Told in a series of 25 profiles, the book presents a diverse and enterprising mix of people who span five continents and countless walks of life. How these immigrants came here, what they left behind, and the lives they’ve built are the focus of this complex anthology…a provocative and unsettling book for the very reasons that immigration is such a difficult issue. Although the stories center on the experience of 25 individuals, they reflect, to some degree, on all of us…it strips the theoretical veil from the immigration debate and gives it two dozen human faces.” (Working Waterfront)

“ . . . allows 25 immigrants to Maine to tell about their unique experiences moving to this state. . . . Not surprisingly, immigrants have made significant contributions to the state in the areas of medicine, engineering, academia, law, public school education, hotel management and social services. . . . How we arrived in this country varies from individual to individual. But, we are, nonetheless, bound to our future as a whole community.” (Maine Sunday Telegram)