Michael Roskin speaks at the Rockland Public Library “China’s Century? Not So Fast” 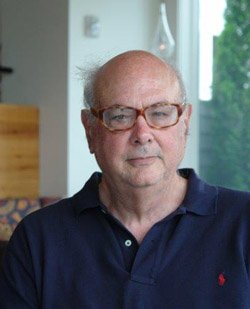 The Camden Conference presents Michael Roskin at the Rockland Public Library at 6:30pm on Thursday, October 4. His talk will be “China’s Century? Not So Fast.” This event is free and open to all.

China’s “S-Curve” is starting to kick in, argues Michael Roskin, a retired professor of political science living in Rockland. An elongated “S” charts economic growth generally: awakening, rapid growth, then leveling off. China seems to be heading into this third phase with problems in banking, investment, debt and capital flight, all amid overseas expansion and a crackdown on dissent.

Roskin has visited and lectured in China but worries that the deterioration of U.S.-China relations could escalate. Great care and patience will be necessary to avoid conflict, he argues. This may not be China’s century, but it is our biggest problem.

Michael Roskin, a political scientist, is a 1960 Berkeley graduate who worked as a newspaperman in Jerusalem, Frankfurt, and Geneva before returning for an M.A. at UCLA. After a year’s study in Belgrade, he joined the foreign service for a year each in Munich and Bern. He edited on AP’s World Desk in New York, earned a PhD at American University in Washington, and taught for 36 years at Lycoming College in Pennsylvania, with three years at the U.S. Army War College. He has visited China three times, including as a Fulbright lecturer at the University of Macau. The author of several political-science textbooks is now retired in Nashville and Rockland.