Journalism in the Age of Trump–Colin Woodard 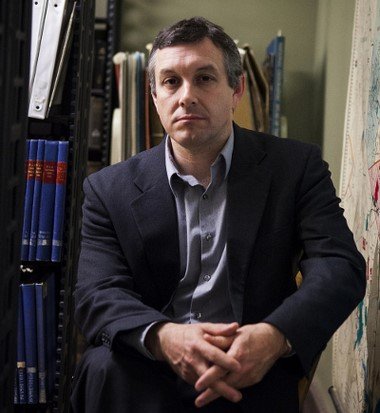 The Camden Conference presents Colin Woodard speaking about Journalism in the Age of Trump at the Scarborough Public Library on Tuesday, December 12, 2017 at 6:30 pm. This event is free and open to all.

Woodard will explore the changing role of the press during the current presidential administration. In a world of “alternate facts” and “fake news,” how is the Fourth Estate moving forward with its obligation to report factually—and how is it being perceived by the public. Colin Woodard is an award-winning author and journalist. He is currently State and National Affairs Writer for the Portland Press Herald / Maine Sunday Telegram, where he was a 2016 Pulitzer Prize finalist and received a 2012 George Polk Award for his investigative reporting. He is also a contributing editor at Politico and writes for Washington Monthly and The Chronicle of Higher Education and reviews books for the Washington Post. A native of Maine, he has reported from more than fifty foreign countries and seven continents, and lived for more than four years in Eastern Europe. In 2014 he was named one of the “Best State Capitol Reporters in America” by the Washington Post and Journalist of the Year by the Maine Press Association.

This presentation is hosted by the Scarborough Public Library and offered as a free community event in in anticipation of the 31st Annual Camden Conference –New World Disorder and America’s Future, February 16-18, 2018.