Jewish Immigration: The View From Maine 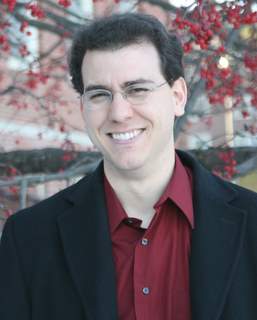 Co-sponsored by the 2017 Camden Conference Refugees and Global Migration: Humanity’s Crisis and the Penobscot Language School, Professor David Freidenreich will give a talk entitled Jewish Immigration: The View from Maine on Thursday, October 27 at 7 pm. The lecture is open to the public with a suggested donation of $10 to benefit the Penobscot School.

Millions of Jews left their homes in search of a better future during the nineteenth and twentieth centuries. Many chose to immigrate to America. Although Maine was not an especially popular destination for Jewish immigrants, the experiences of Jewish New Mainers both before and after their arrival reflect broader dynamics in the history of Jewish immigration. Comparison with other groups of New Mainers also yields valuable insights into the challenges and opportunities that immigrants have encountered in our state.

David M. Freidenreich is the Pulver Family Associate Professor of Jewish Studies at Colby College, where he serves as director of the Jewish studies program and associate director of the Center for Small Town Jewish Life.  As a member of the religious studies department, he teaches a wide range of courses on Judaism, Jewish history, and comparative religion.  After receiving a B.A. from Brandeis University, he earned his Ph.D. at Columbia University and rabbinic ordination from the Jewish Theological Seminary.  His award-winning first book, Foreigners and Their Food: Constructing Otherness in Jewish, Christian, and Islamic Law, explores attitudes toward adherents of foreign religions expressed in ancient and medieval laws about sharing food. He is currently studying the ways Christians have used ideas about Jews to think about Muslims.