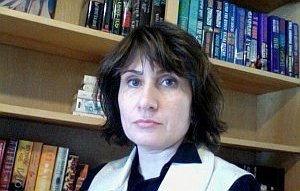 
This course is designed to give a brief history of Russian literature from its inception in the 12th century to its defiant role in the mid-20th century, with special attention to a few major points in its development. The subject is treated within the context of the historical events and cultural background. Reading of specific works in translation is required prior to each class.

All classes are conducted entirely in English. No previous knowledge of Russian is necessary. Four consecutive Fridays, 6-7:30 p.m. at Penobscot School beginning January 9, 2015. $75 per person. Please contact the school at 594-1084 for more information and to receive the reading list that includes works by Pushkin, Chekhov and various 20th century poets.

The Camden Conference is pleased to partner with Penobscot School to offer this special event in in anticipation of the 28th Annual Camden Conference: Russia Resurgent, February 20-22, 2015.