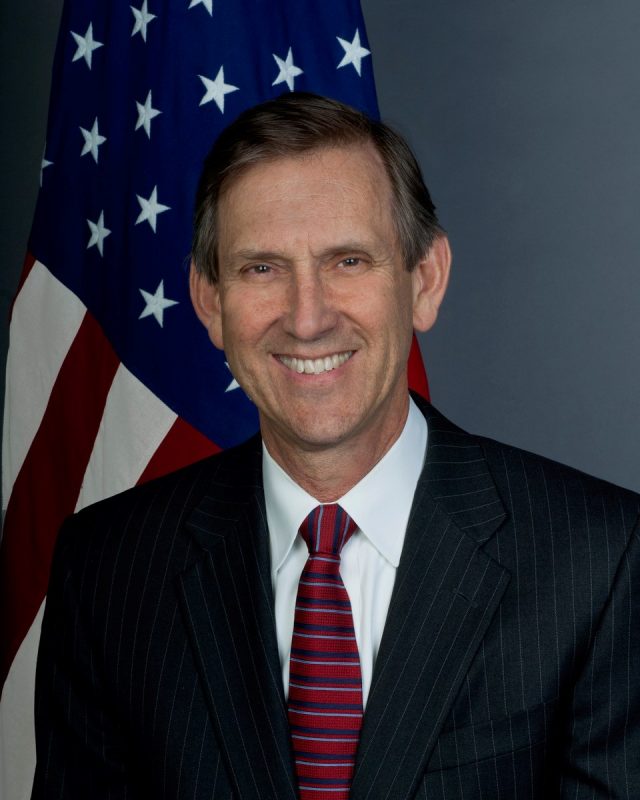 The 25th annual Frank M. Coffin Lecture on Law & Public Service will be delivered by Ambassador Rick Barton, Co-Director of the Princeton Scholars in the Nation’s Service Initiative and Former Assistant Secretary of State for Conflict and Stabilization Operations. Ambassador Barton will discuss, “International Peacebuilding: America’s Role in a Troubled World” on October 25, 2017 at 7:00 pm at the Abromson Community Education Center on the USM campus in Portland.

Ambassador Rick Barton’s diplomatic career includes over 20 years of peacebuilding work in more than 40 global conflict zones. As former Deputy High Commissioner of the United Nations Refugee Agency, former U.S. Representative to the Economic and Social Council of the United Nations, and the first Assistant Secretary of State for Conflict and Stabilization Operations, he has broad experience in addressing international conflict. Ambassador Barton was actively involved in the establishment of UN Women, the advancement of the UN Peacebuilding Commission, the post-earthquake reconstruction in Haiti, and efforts to better align U.S. and UN development programs. In 2013, he received a Department of State Distinguished Honor Award for his promotion of peacebuilding and the empowerment of women, youth and other agents seeking peaceful change.

Ambassador Rick Barton is the Co-Director of Princeton’s Scholars in the Nation’s Service Initiative (SINSI) with his wife, Kit Lunney and teaches at the Woodrow Wilson School. He was the first Assistant Secretary of State for Conflict and Stabilization Operations  (2011-2014), U.S. Ambassador to the Economic and Social Council of the United Nations in New York (2009-11), Senior Advisor at the Center for Strategic and International Studies (2002-9), Deputy High Commissioner for Refugees at UNHCR (1999-2001), founding Director of USAID’s Office of Transition Initiatives (1994-9) and a business and political leader in Maine earlier in his career.

The Frank M. Coffin Lecture Series honors the late Judge Frank M. Coffin, longtime federal judge on the U.S. Court of Appeals for the First Circuit, former member of Congress, renowned leader and mentor in public service, and beloved friend of Maine Law. This event is sponsored by the University of Maine School of Law.