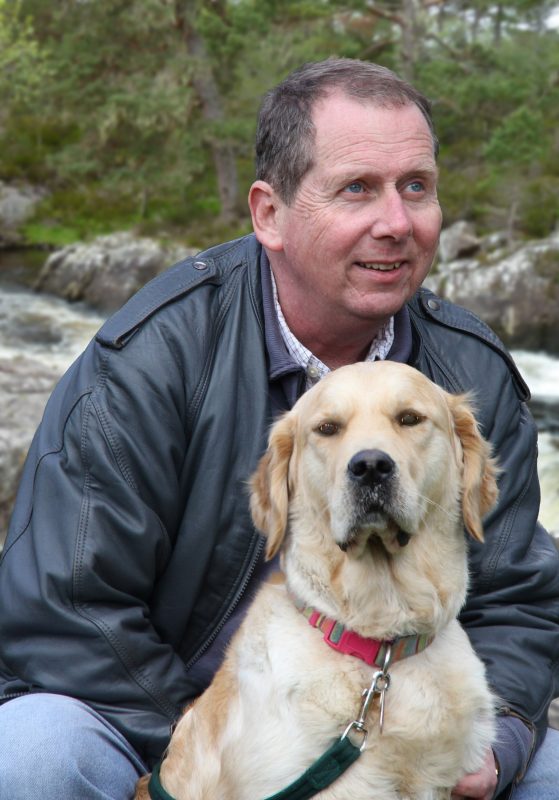 The Camden Conference presents Peter Fitzgerald, Emeritus Professor of Law, and Allyson MacKenna, Executive Director of Yankee Golden Retriever Rescue, at the Camden Public Library on Sunday, January 27 at 2pm. Their talk, “From Chinese Streets to American Homes: International Golden Retriever Rescue and Adoption,” is free and open to all.

In recent years pet ownership in China has increased significantly, due in no small part to the development of a large, urban, middle class. China is now said to have the world’s third largest dog population, estimated at 27+ million animals, and a booming pet and pet-products marketplace. Many – especially younger – Chinese welcome this development. However, the legacy of the Maoist era when pet dogs were viewed as part of a Western lifestyle that was inappropriate for socialist China is still seen in a wide range of conflicting legal and social attitudes towards pet dogs. Accordingly, alongside the increasing number of pet dogs, there are also persistent social issues with puppy mills, strays, abandoned animals, and even trafficking in stolen pets – and as a result there are a substantial number of Chinese dogs in need of new homes. Yankee Golden Retriever Rescue is one of a handful of breed-specific rescue organizations that works with its Chinese counterparts to bring some of these dogs to the United States for adoption.

This talk will provide an overview of the current status of companion animals in China and how it is grappling with many of the same issues seen in this country and elsewhere, and will also describe YGRR’s specific experience and expertise in handling international rescues and finding new “forever” homes for Golden Retrievers here in New England.

Presenters include Emeritus Professor of Law Peter Fitzgerald, a member of the Board of Directors of the Camden Conference and author of the law school text “International Issues in Animal Law”. Also speaking will be Allyson MacKenna, the Executive Director of Yankee Golden Retriever Rescue, which was established in 1985 and has placed over 5,600 homeless Golden Retrievers into loving homes. Additionally, YGRR will also bring one or more of its “China dogs” for you to meet at the presentation!