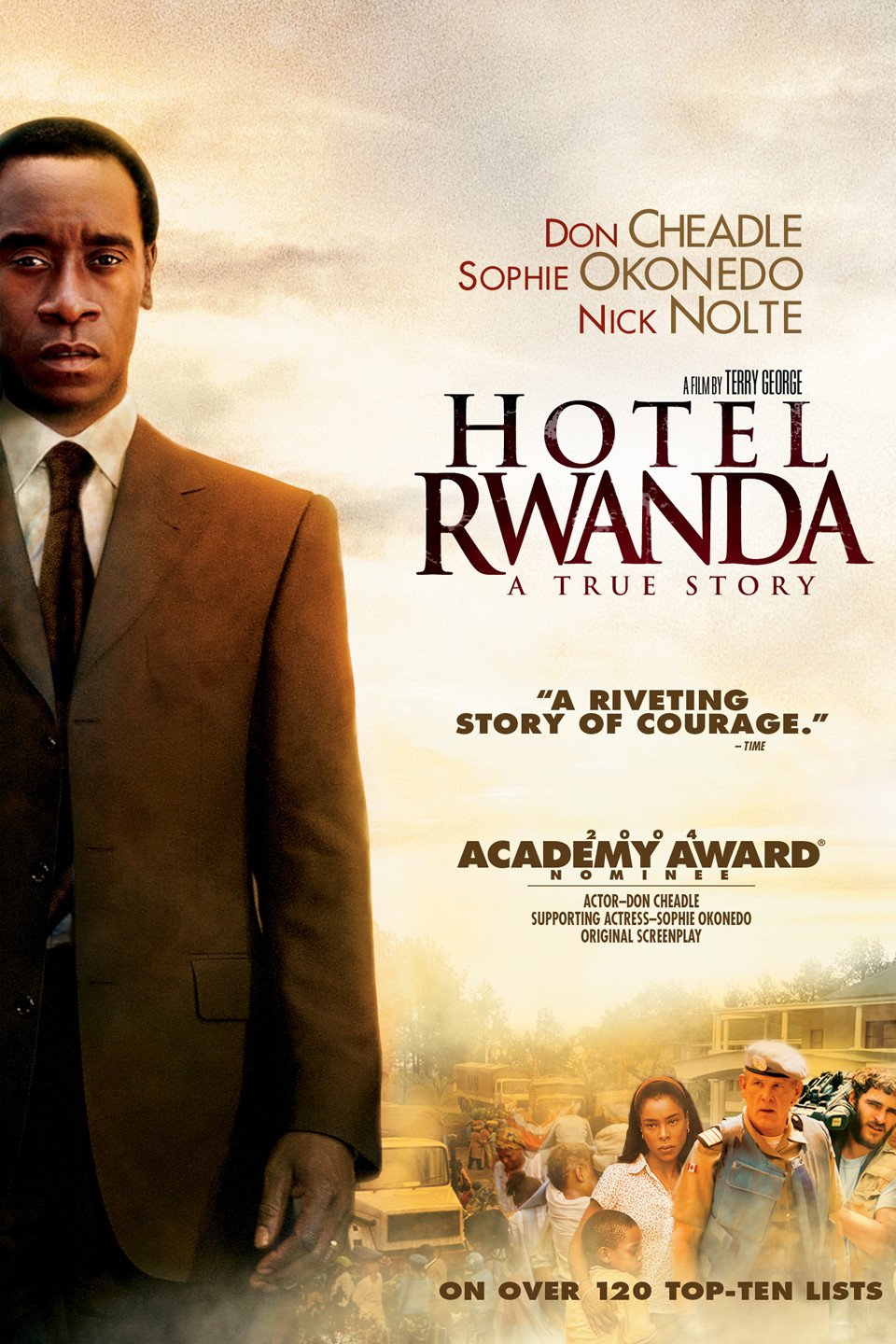 The Auburn Public Library hosts a screening of the 2004 film “Hotel Rwanda,” with discussion following, on Thursday, February 9 at 6:00 p.m.

Paul Rusesabagina (Don Cheadle), a Hutu, manages the Hôtel des Mille Collines and lives a happy life with his Tutsi wife (Sophie Okonedo) and their three children. But when Hutu military forces initiate a campaign of ethnic cleansing against the Tutsi minority, Paul is compelled to allow refugees to take shelter in his hotel. As the U.N. pulls out, Paul must struggle alone to protect the Tutsi refugees in the face of the escalating violence later known as the Rwandan genocide.

This presentation is hosted by the Auburn Public Library and offered as a free community event in in anticipation of the 30th Annual Camden Conference -Refugees and Global Migration: Humanity’s Crisis, February 17-19, 2017. The 30th Anniversary Camden Conference Community Events Series is supported in part by the Maine Humanities Council.