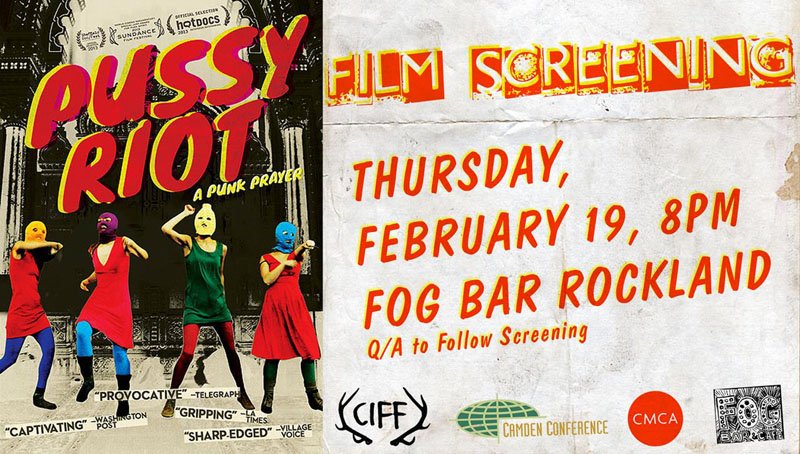 Join us for a screening of the documentary, Pussy Riot: A Punk Prayer, about the Russian all-female band Pussy Riot. Admission is free.

The film is presented by CMCA in conjunction with the Camden International Film Festival and Camden Conference 2015: Russia Resurgent.

Q/A with the film maker will follow the screening.