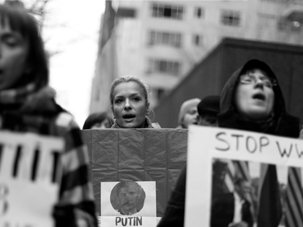 In October we begin our four part journey to understand more of Russia and the Russian people by discussing what is called the Russian Soul. The Russian Soul is the attempt to define national identity by a people who have lived in the mid-section of a vast and often bleak Euro-Asian landmass. Their unique identity has been formed by centuries of hostile invasions, wars, oppression and suffering interspersed with some of mankind’s greatest triumphs of creativity in science and technology, literature, and art, music and dance and poetry. The Russian Soul combines an intense love of country, the Orthodox religion and a fear of everyone and everything in the face of the lost glory of former greatness.

The Enigmatic ‘Russian Soul’
Serge Maidukov, The American Thinker.
A skeptical view of the concept of a Russian Soul

11 Things Everyone Should Know About Russian Demographics
Mark Adomanis, Forbes
A balanced, factual piece about the Russian population