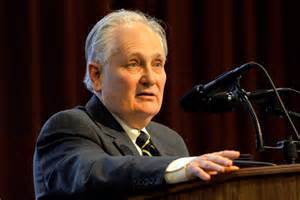 Laurence Pope will present at the Portland Public Library on January 17 at 12 pm. His talk is titled “Diplomacy in the Age of Trump.” This event is free and open to all.