Development Challenges in Rural Uganda and Other African Communities 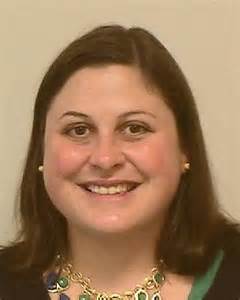 Penobscot Language School in Rockland invites the public to a talk with Professor Laura Seay of Colby College on Friday, October 23rd at 7 p.m.. Seay will speak on the challenges of development in African communities that have experienced conflict. Accompanying Professor Seay are Ugandans TMS Ruge, Pamela Nyakato and Milly Businge Baruzaliire who will share their experiences developing local agriculture in rural Uganda.

Seay’s research addresses community and international responses to state fragility in central Africa. Her work has appeared in the Review of African Political Economy, L’Afrique des Grands Lacs: Annuaire, and an edited volume, War and Peace in Africa. Seay is completing a book manuscript, Substituting for the State, on the role of non-state actors in governing eastern Democratic Republic of Congo in the state’s absence. She has also served as a primary investigator and researcher on World Bank development impact studies relating to questions of public service provision in Nigeria. She is a regular contributor to the Washington Post’s Monkey Cage blog and has written for Foreign Policy Politico Magazine, and The Atlantic online. At Colby, Seay teaches African politics, conflict, and development.

TMS Ruge is the founder of a number of businesses and initiatives working on cutting-edge solutions for social change. He is the founder and CEO of Raintree Farms, an agriculture business in his hometown of Masindi, Uganda, as well as the co-founder of remit.ug, a money transfer platform, and Hive Colab, Uganda’s first technology incubator. Ruge also has over a decade of experience helping African and international organizations, including clients such as the World Bank and Global Health Corps, use design, social media and technology to engage with the public, maintain a competitive edge and foster a global presence.

Ruge, recipient of a 2012 Champion of Change Award from the White House, is a respected contributor on Africa’s renaissance. His articles have appeared in major media outlets including The Guardian, New York Times, CNN and the Globe and Mail. Born in Uganda and raised in East Africa and the US, Ruge believes in a connected and socially conscious global community.

Please contact the school for reservations at 594-1084 or email joan.penobscotschool@gmail.com. Donations are appreciated and a portion of all proceeds will benefit the school’s scholarship fund that assists local and global language learners.