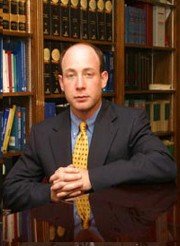 Do you want to know how the U.S. immigration system works and understand how the current system resulted in the millions of unlawful residents?  Stephen M. Bander, Esq. will speak on “Deconstructing the U.S. Immigration System” at the Rockland Public Library on Thursday, September 1 at 6:00 pm. The event is free and open to all.

Stephen M. Bander, Esq. concentrates his law practice in all facets of U.S. immigration and nationality law.  For over fifteen years, he has worked with his father Michael A. Bander, Esq., long-term Spruce Head resident, in their Miami office.  Mr. Bander did precedent-setting work on establishing that persons born outside of Cuba of a Cuban parent with no Cuban residence qualify under the Cuban Adjustment Act.  He received several awards of attorney’s fees for actions brought against U.S. Citizenship and Immigration Services, as well as over 80 U.S. District Court actions challenging USCIS practice and procedure.  He presented at American Immigration Lawyers Association conferences on U.S. nationality, maintenance of permanent residence and extraordinary ability.  A graduate of the Joint Degree Program at the New York University School of Law, Mr. Bander has both a J.D. and an LL.M in Taxation. Majoring in International Relations with a concentration in Latin American Affairs and a minor in Economics, he received his B.A. from the University of Virginia.  Mr. Bander is a member of the Maine Bar.