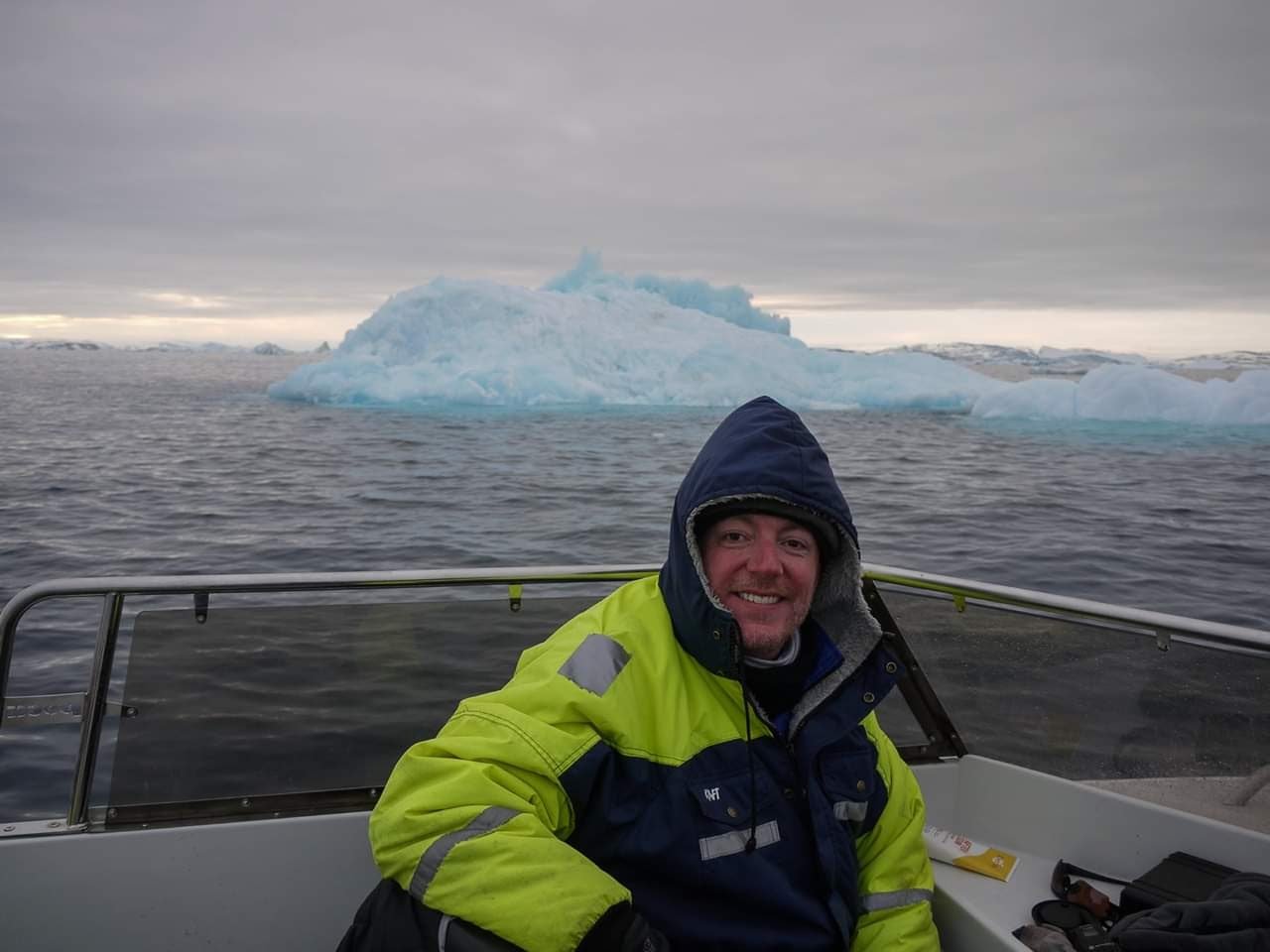 The Camden Conference and Rockland Public Library will present Dan Bookham in a Zoom presentation on Thursday, October 1, at 6:30 p.m.  on his “Adventures in Ammassalik.”

In early June 2019 Dan Bookham received a cryptic message from an Icelandic friend asking him to call her when he got a second. Six weeks later he was bobbing in a 24-ft boat on the Arctic Ocean off the coast of Greenland, 500 miles from the next nearest humans, and scanning the shoreline for Inuit and Norse ruins. In his talk, Bookham will unveil what the expedition found, saw, and experienced along the way.

Born, raised, and educated in Britain, Bookham moved to Maine in 1995 and has spent his career in the Pine Tree State, living or working in Bar Harbor, Camden, Belfast, and Rockland. Fascinated by the Arctic and the high north from a young age, in recent years Bookham has been able to realize his dreams of exploring and adventuring in both Iceland and Greenland thanks in no small part to increasing commercial and cultural ties betweeen Iceland and Maine following the relocation of the Icelandic shipping line Eimskip’s US HQ to Portland and the friendships that followed. A former Camden Conference board member, among his other interests Bookham serves on the advisory boards of of both the New England Ocean Cluster and the Journal of the North Atlantic and Arctic, and is an occasional contributor of both articles and photography to the latter. He proudly lives in Rockland with his wife and daughter.

The program will be hosted on the Zoom platform. Please email [email protected] to request a link to attend.