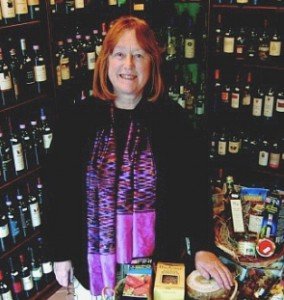 Nationally known food writer Nancy Harmon Jenkins will speak at the Camden Public Library on Thursday, January 22, from 7:00-8:30PM on “Crime and Punishment in Soviet Agriculture: The Ordeal of Nikolai Vavilov.” The event is free and open to all.

Her presentation will explore the significance and work of Russian geneticist, agronomist, and ethnobotanist, Nikolai Vavilov. The first President of the Lenin All-Union Academy of Agricultural Scientists, Vavilov traveled the world in his search for crops and crop origins. His primary goal was to end famine in the Soviet Union; ironically, he starved to death in a Stalinist prison after a secret trial for espionage—related to his resistance to the erroneous beliefs of Lysenko, on which Soviet genetics were based.

Why is Vavilov of continuing importance? Partly because of his incredible courage and his Galilean firmness of conviction. But beyond that, Vavilov correctly identified and determined crop origins. This is of tremendous importance in our modern world, which faces crop extinctions from a variety of sources, including global climate change and the spread of industrial agriculture with its focus on monocropping.

Born and raised in Camden, Nancy Harmon Jenkins is a nationally known food writer who has traveled the world looking for the connection between who we are and what we eat. She is the author of a number of books, the latest of which is the highly acclaimed New Mediterranean Diet Cookbook (Bantam, 2010). Her next book, Virgin Territory: Exploring the World of Olive Oil, will be published next month (February 2015) by Houghton Mifflin. Formerly a staff writer with the New York Times, Jenkins now works primarily as a free-lancer. Her work has appeared in Saveur, Food & Wine, Bon Appetit, and a wide variety of other publications, from Smithsonian to Vegetarian Times, from Modern Maturity to Eating Well, from Down East to Wooden Boat. She also writes frequently for The Art of Eating and contributes regularly to the on-line publication Zester Daily.