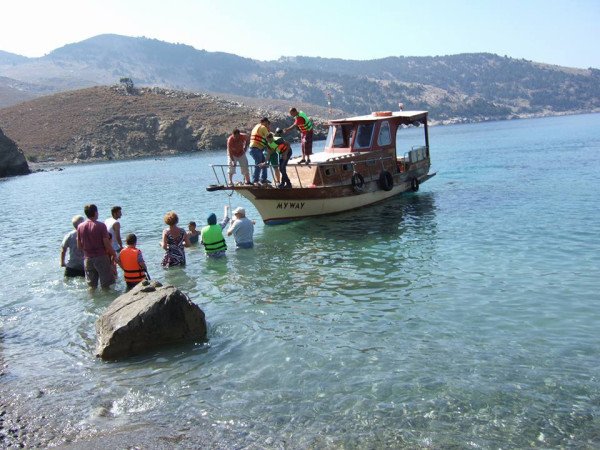 Harborside resident Kel House will give a presentation, “Up Close and Personal: A View of the Syrian Refugee Crisis from a Small Greek island and What we here in Maine can do to Help,” on Tuesday, October 18 at 7:00 pm. at the Camden Public Library. This event is free and open to all.

House and his wife Sher spend part of each year on the small Greek island of Symi, which is about the size and population of Deer Isle, and is very close to the coast of Turkey. Like other islands and areas along Europe’s Mediterranean coast, Symi Island has been receiving a seemingly steady stream of dangerously overloaded boats full of Syrian and other refugees on its shores. House will talk about working with a local charity, solidaritysymi.org, on the island formed to aid the refugees, and will tell what it is like to witness the ongoing humanitarian crisis. He will also talk about how the crisis is impacting Greece, Europe and the United States, and how we might be of some assistance from here in Maine.

This presentation is hosted by the Camden Public Library and offered as a free community event in in anticipation of the 30th Annual Camden Conference -Refugees and Global Migration: Humanity’s Crisis, February 17-19, 2017. The 30th Anniversary Camden Conference Community Events Series is supported in part by the Maine Humanities Council.