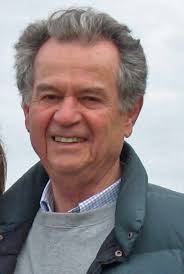 The topic of climate change and its effects on the people of Africa will be discussed by Andrew Stancioff at the Belfast Free Library on November 29 at 6:30pm in his talk “Climate Change, Conflict and Migration.” The lecture is free and open to all.

Western Africa and Sub-Saharan Africa are a good example of how climate can affect large populations and put millions of people at risk. Over the last 60 years climate change has had a very negative effect on large populations of various ethnicities and religions in West Africa. The result has been that poor crop yields and localized famines have forced large numbers of people to migrate both north and south. Many moved to Libya when the move was worthwhile and they were paid for fighting for Qadaffi. Some moved to Cote d’Ivoire when coffee and cocoa were in world demand. Still others moved to France legally and earned money to send home until they were extradited.

The effect of these climate induced shortages has made for deteriorating conditions and resulted in various conflicts, including: a local war in Mali, and other conflicts as in Cote d’Ivoire, Niger and the CAR.
Finally, without food and jobs, impoverished and hungry, growing populations have moved both north and south and produced crises in and migrating.

This presentation will try to show how changing climate and growing population has resulted in an overwhelming need for people in West Africa to migrate to find a better life.

Andrew Stancioff is a geologist, natural resource planner, analyst, and manager with 35 years of experience in geology, hydrology, agriculture, fisheries, forestry, climatology, and oceanography. He has 40 years of experience in developing countries and 25 years in Africa. During the last ten years, Stancioff has worked to develop methods and models to monitor and evaluate poverty and conflict in areas under stress from overpopulation and overuse of natural resources and other forms of degradation. Andrew Stancioff is presently working on finding financing to plant trees in Africa to create natural CO2 sinks and sources of food. He has been involved in modeling, demographic health and environmental data in support of famine and conflict early warning systems. Mr. Stancioff has lived in Spruce Head, Maine for the last 10 years where he has been active in supporting the Camden Conference on various committees.

This presentation is hosted by the Belfast Free Library and offered as a free community event in in anticipation of the 30th Annual Camden Conference –Refugees and Global Migration: Humanity’s Crisis, February 17-19, 2017. The 30th Anniversary Camden Conference Community Events Series is supported in part by the Maine Humanities Council.